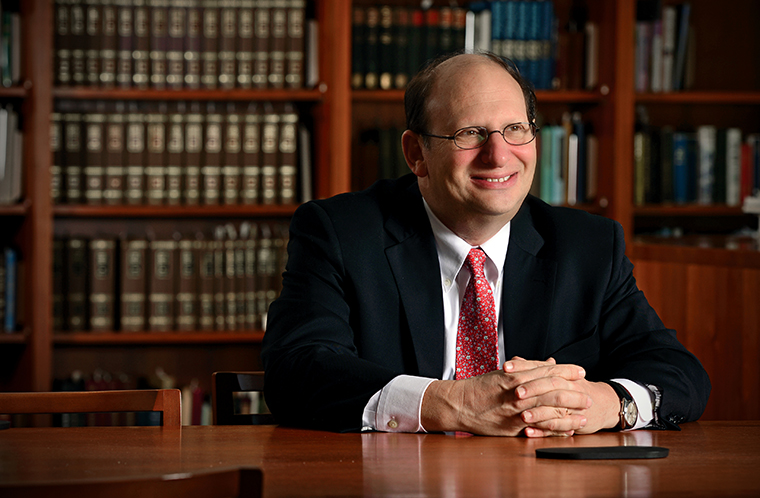 Henry S. Webber, executive vice chancellor for civic affairs and strategic planning at Washington University in St. Louis, will leave the university at the end of 2021, according to Chancellor Andrew D. Martin. Webber will end his administrative position on October 31 and will continue to teach at the university until December 31.

“Hank Webber is an insightful, dedicated and energetic leader who has brought a wealth of experience and expertise – as a practitioner and educator – to his work at the University of Washington and in the greater St. Louis area.” , said Martin. “He has been a driving force behind a number of high impact projects on our campus and in our community, perhaps most notably the transformation of the east end of our Danforth campus, our sustainability efforts and reduction of energy consumption on our campuses, and its work to make the Cortex Innovation District an international reputation.

“I am grateful to Hank for his many contributions, which will have a lasting impact on our institution. He has been instrumental in establishing a solid foundation for our commitment to be “in Saint-Louis and for Saint-Louis”, and we are better as an institution because of the time he has spent here. . I wish him all the best as he embarks on his next chapter.

Webber has been in his current position since September 2020, with primary responsibility for St. Louis community and university planning initiatives and university units, including the University’s Office of the Architect and Town Planner; the Academy for Diversity, Equity and Inclusion; Edison Theater; the Institute for School Partnership; the university ombudsman; real estate operations and development; capital projects; durability; and the University of Washington Police Department. He was previously executive vice-chancellor and administrative director of the university, a position he had held since 2008.

Webber was a driving force behind the East End Transformation Project, which was dedicated in 2019 and reinvented 18 acres of the Danforth campus, adding five new buildings, expanding the Mildred Lane Kemper Art Museum world-class university, relocating hundreds of surface parking spaces underground. , and the creation of the new Ann and Andrew Tisch Park, a large green space that provides pedestrian and cycling access in and through the Danforth campus. The project was recognized with the St. Louis Business Journal’s “Building St. Louis” award earlier this year and made the cover of Architect magazine in February 2020, among other accolades. He has also led the $ 1.5 billion development of other college facilities including Knight-Bauer Hall, the University of Washington Lofts on Delmar Loop, Hillman Hall and a comprehensive renovation of college graduate housing.

Under Webber’s leadership, the university’s campuses have become greener and more energy efficient, reducing greenhouse gas emissions to pre-1990 levels, despite doubling the size of the physical campus since then. During his tenure, five buildings on the Danforth campus – including four at the east end – achieved LEED Platinum status, and the university strengthened its commitment to solar power, installing new panels at a time on campus and throughout the community by sponsoring programs such as Grow the Solar STL.

Webber has been Chairman of the Cortex Innovation District Board of Directors since 2017 after six years as Vice Chairman. During his leadership tenure, Cortex became a national model in creating an urban innovation community with over $ 2 billion in investments, 430 businesses, 2 million square feet of development and 6,200 jobs. fulltime. A recent report co-authored by urban expert Bruce Katz described Cortex as a national model for an inclusive innovation district led by anchors.

“It has been one of the greatest pleasures of my life and career to contribute to the University of Washington and the St. Louis area. I am extremely proud of what we have accomplished together, ”said Webber. “We are at a time when planning for our St. Louis initiative is nearing completion and we are ready to advance our strategic efforts and partnerships in the region in exciting ways. It’s time to turn the leadership over to someone who will approach this opportunity with a new perspective for the work that lies ahead. I plan to take the time to consult on community development issues and get back to work on a deferred book project on the challenges of older industrial cities.

Webber, who is also a professor of practice at Brown School and the Sam Fox School of Design & Visual Arts, is a nationally recognized expert in community engagement and development. As a faculty member, he has taught courses on subjects such as urban development, health policy, strategic management and social protection policy. His research has focused on community development, mixed-income housing, racial and income segregation, and the role of anchor institutions in urban communities.

He has served on several non-profit boards in the St. Louis area, including serving as Chairman of the Board of Cortex. He is also chairman of the board of directors of the Washington University Medical Center Redevelopment Corp. and Investir STL, the regional community development initiative in St. Louis. He sits on the boards of Forest Park Forever, Provident, RISE, the St. Louis Shakespeare Festival and the Jewish Federation of St. Louis. He previously served on the board of directors of Shorebank, the largest community development bank in the United States.

“Hank Webber made many outstanding contributions during his time at the University of Washington,” said Chancellor Emeritus Mark S. Wrighton, with whom Webber worked closely during 11 years of his tenure. “He is a dynamic and effective leader with a great passion for his work and the causes he defends and, above all, for the people who serve alongside him, both at the university and in the community in general.

“Hank has made significant contributions to educational programs, facilities, administrative activities, and our community, including his work with Cortex. He left an indelible mark on the university and the region, and he should be proud of his many accomplishments during his time here. It has been a privilege to work with him. I have no doubt that he will find new and meaningful ways to put his talents to good use in his future endeavors. I wish him the best of luck in everything he does.

“We are grateful to Hank for his years of service to the university, and we have also focused on the future, including, importantly, our continued commitment to the St. Louis area,” added Martin . “We will carefully consider how best to go about defining and fulfilling a leadership role focused on these efforts. Our role in St. Louis remains one of our highest priorities, and we will not lose our momentum. I look forward to working with our regional partners to determine our best way forward and to implement the elements of our St. Louis initiative in the months and years to come.