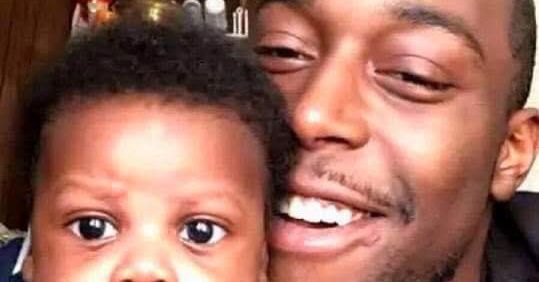 Activist loses nephew to gun violence: “If you think this can’t happen to you, think again”

This was the final meeting of our two-year trip as the Chicago Community, Media & Research Partnership – a working group of researchers, community groups and journalists discussing best practices for disseminating research that can reduce inequalities in health matters.

Candace Henley, Founder and Executive Director of the Blue Hat Foundation, a colorectal cancer awareness group, stunned us at the start of the meeting.

He was riding a Divvy bike in the 7700 block of South Seeley Avenue at 2:40 p.m. on July 15 when a gunman walked up and shot him in the head, Chicago police said.

It was Henley who got the phone call with the heartbreaking moans of a mother who had just lost her son.

Henley was angry. To the loss of his family. To unfathomable gun violence that has killed at least 388 people in 2,273 shootings this year, according to statistics compiled by the Chicago Sun-Times.

More than anything, however, she was angry that no one, not a single soul there at the time of the shooting, was telling the police what they saw.

â€œJoseph’s sister was inside the house and heard gunshots, looked out the window and saw him on the ground. When she called my sister, she said the paramedics were looking after him, but he was not moving. We sent him to Christ Hospital, â€said Henley.

The father of two sons, aged 1 and 5, was pronounced dead when the sisters arrived.

â€œMy nephew was a loving soul. He wasn’t perfect, and his mother will tell you. She is not one of those parents. But society has dehumanized our children in this violence, â€she said.

â€œWe still don’t know why this happened. The police didn’t tell us much, but a neighborhood commemorates it. We heard all kinds of stories, but no one told the police that they saw anything. Let me say to any mother, â€œIf you think this can’t happen to you, think again. “

It was reminiscent of the murder of his own father, Joseph Barbee, of whom his nephew was named. Henley was 19 when her father was beaten to death in a street robbery on the West Side where she grew up.

A 19-year colon cancer survivor, Henley has made it her task to address the racial and socio-economic inequalities in health that characterize this disease and many others.

Long recognized as a public health crisis, gun violence poses an increased risk of mortality for low-income communities of color – fueled by the same structural racism that has helped COVID-19 cause disparate death and infection rates in communities on the south and west sides held hostage by gangs and guns.

African Americans account for 82% of gun deaths in Chicago; Hispanics, 12%; nine out of ten killed are men.

â€œJoseph was very talented. My father was a wonderful artist and my nephew had the same talent. He really knew how to draw. He was very smart, especially in math. He could calculate numbers by heart. A brilliant life that didn’t stand a chance because he had no resources, â€said Henley.

â€œThe economic downturn in our communities, the removal of community centers, arts and sports programs that were available when we were kids – when they took those things away they got exactly what they knew they were going to get. : chaos.

â€œYou now have all these kids with all this talent and energy and nowhere but on the streets. And the streets will welcome them every day. It’s not rocket science, â€she lamented.

We have spent much of this task force meeting reflecting on the similar impacts of gun violence and COVID-19 on disadvantaged communities, and the need to ensure that research that can reduce inequalities reaches those communities. through trusted communicators.

When I checked her on Monday, Henley and her family had just returned from the morgue and the sad task of identifying her nephew’s body. It was a difficult day.

â€œThey showed him the original photos. So we saw the trauma he went through, â€said Henley.

“We are now starting the funeral arrangements and waiting for the police to complete their investigation, hoping someone will show up to share who did this,” Henley said.

â€œI’m angry, not just because gun violence has hit the house, but because it’s another shootout in our community where no one has seen or said anything. I’m tired of looking at the news and seeing community members angry with the police, the mayor and everyone.

” What are you Make? You can’t have it both ways, â€she said. â€œIf you want the violence to stop, we have to do our part. If you don’t step in and tell what’s going on in the community, how can they help change it? We live here. They don’t. Say what you know.