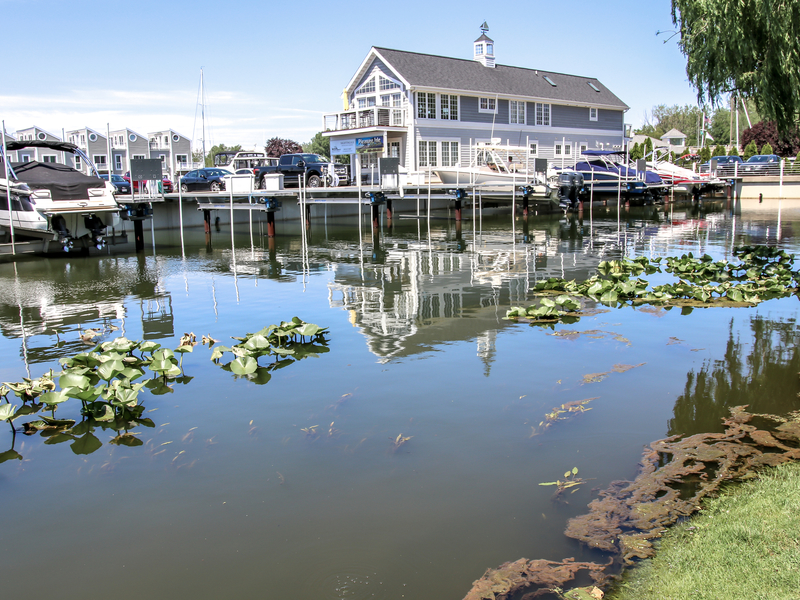 “Let me be very clear: I’m against short-term rentals,” said John Humphrey, who in November 2020 was elected mayor of New Buffalo, a town of 1,800 permanent residents 70 miles from downtown. city ​​of Chicago on the shores of Lake Michigan. Short term rentals are generally understood to be less than a month and more often for a few days.

The current zoning does not distinguish short-term rental from commercial use. The proposal submitted to town planning council would change that, clarifying that “like a restaurant or bookstore,” Humphrey said, short-term rentals are not allowed in a residential area.

Existing permits would likely be maintained, but they would not be transferred to a new owner if the property is sold. Humphrey said there are around 100 existing permits in those areas and another 40 in commercial areas. He estimates that there could be roughly the same number of short-term rentals operating without a license.

Eliminating short-term rentals “is absolutely crazy and is not in the best interests of anyone in New Buffalo,” said Laura Murray, a Downers Grove CPA who has had a second home in New Buffalo for about 14 years. She did not use it as a short-term rental but applied for a permit in 2019. It was refused under a new moratorium on new permits, which has since been extended until November.

Murray and other second home owners, including Skokie’s Edan Gelt, estimate that short-term tenants inject more than $ 4.5 million a year into the New Buffalo economy through restaurants, grocery stores and other expenses.

“When these houses are empty nobody goes to Barney’s [grocery store] or the stray dog [bar and grill,]said Gelt, who is in marketing. “Tourists spend a ton of money in New Buffalo. Do you really want to stop them from coming?”

Gelt’s primary residence is in Palatine, and together with her husband, Gene Khalminsky, she has owned a three-bedroom house in New Buffalo since 2013. When their children were younger, they did not put the house on short-term rental. , but in recent years, as the children got busier in the Palatine, they rented it out. With rental income, she says, “the house pays for itself, but we don’t make big profits.”

One of Humphrey’s arguments against short-term rentals is that their proliferation has helped drive house prices up in town to a point where full-time residents are being charged a higher price. Because of this, along with low interest rates and the demand for out-of-town housing induced by COVID, “our real estate is overvalued,” Humphrey said.

The average price of homes sold in the New Buffalo area, a 15-mile stretch of Lake Michigan from New Buffalo to Bridgman, the median home selling price has increased 25% since the same period in 2020 and 37% since 2019, based on data from the Southwest Michigan Association of Realtors. This is larger than the increases in other areas of southwest Michigan, although several of them are inland, not on the shore.

The median selling price in the New Buffalo area so far this year, just over $ 549,000, is well above other lakefront stretches tracked by the Southwest Michigan real estate group. In St. Joseph, the median price was $ 352,000 and in South Haven about $ 344,000. Inland locations are generally less than $ 200,000.

New Buffalo, like many traditional second home locations, has been inundated with “second first home” sales to people who are not attached to work and school in Chicago.

A house with the possibility of an income stream will clearly sell for more than one without.

Jessica Lee and her husband, who she asked not to identify, bought a house in New Buffalo for around $ 300,000 in 2020 and moved full-time from Chicago. Lee said her realtor said the house would get an extra $ 100,000 if she had a short-term rental license.

“The reality is that the people who lived here in New Buffalo, if they were to leave, they wouldn’t be able to afford to come back,” said Darwin Watson, City Manager of New Buffalo.

Kimberlee Wendt, executive director of the Harbor Country Chamber of Commerce, emailed Crain’s a statement which said: “While we recognize tourism as the main economic driver here, the chamber also supports a balanced effort between businesses and residents to build a thriving community with year round life that can sustain workforce levels.

The chamber’s new economic committee is examining the issue of affordable housing “and other vital needs such as childcare in this tourism-based economy,” the statement said.

The effort to end short-term rentals “is widening the gap between unlisted dwellers and second home owners, which they call Fips,” Murray said. Fips is a longtime Michiganders reference to “fucking Illinois people.”

In March, a group of Chicago-area people with homes in New Buffalo sued the city in federal court over its moratorium on short-term rentals. Another lawsuit was filed in a Michigan state court. Neither prosecution has yet been decided.

The lawsuits claim, in part, that New Buffalo officials are infringing on property rights with their extended moratorium, which has cooled the short-term rental market and home values.

“This is an excessive infringement of personal property rights,” Murray said. “If I want to be able to rent my property for a few days, I should be allowed to do so. “

In recent years, New Buffalo officials have taken steps to reduce the nuisance effect of short-term rentals on the city. In May 2019, they instituted a permit requirement for the first time, and then tightened parking and garbage regulations.

Nonetheless, short-term rentals and the traffic, noise and partying they bring “are destructive to the quality of life in our residential areas,” said Humphrey.

Murray, who has owned her New Buffalo home for about 14 years, said during that time she could only recall a few issues with the complex’s short-term tenants. City officials, she said, “try to deal with the one to five percent who break the rules by penalizing the other 95 to 99 percent of the population. Do not throw the baby out with the bathwater.