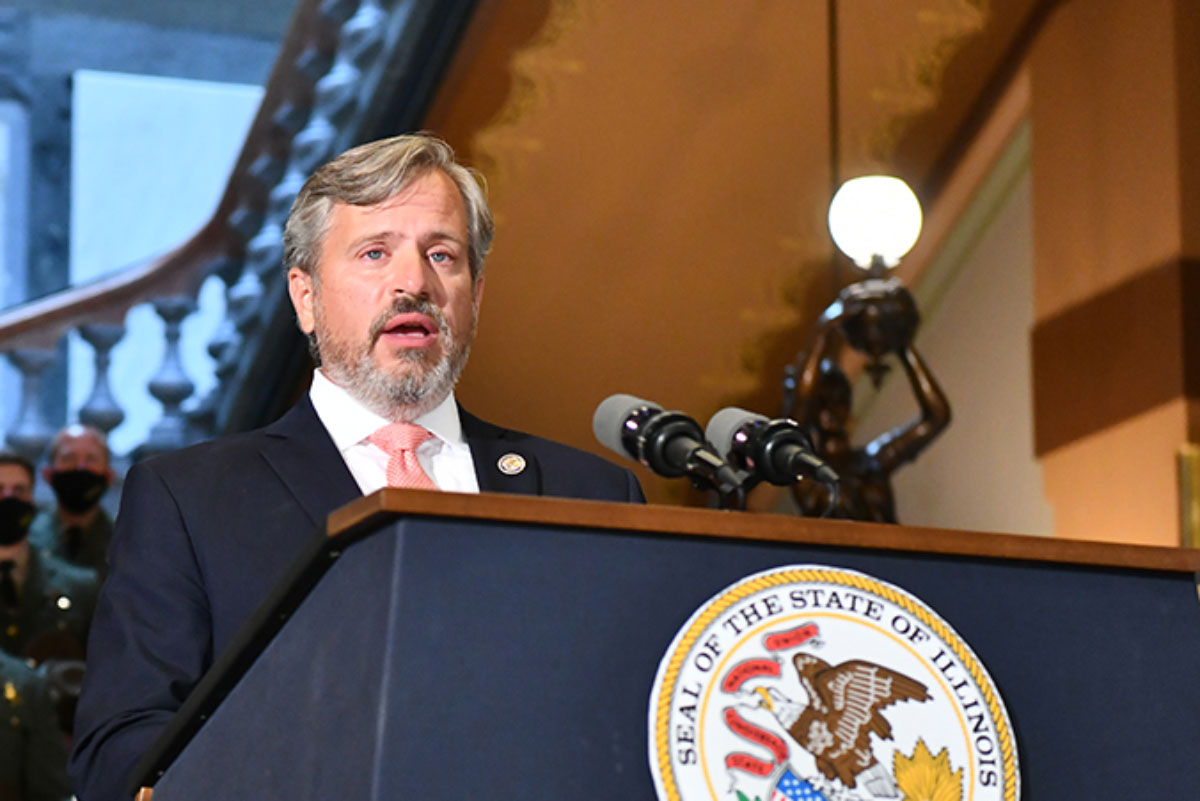 SPRINGFIELD – State Senator Robert Martwick (D-Chicago) believes the energy legislation that was passed by the General Assembly today takes strong action to tackle climate change by setting deadlines for increased use of clean energy and closures of fossil fuel combustion plants, as well as establishing incentives to accelerate the adoption of electric vehicles.

The legislation, Senate Bill 2408, would set the goal of 100% clean energy savings in Illinois by 2050. It would also set timelines along the way for passing more laws. ‘renewable energies and the closure or conversion of fossil fuel combustion plants. To help encourage more people to buy electric vehicles, it would create a consumer rebate and incentives to build more charging stations in locations across the state.

The comprehensive measure would also create a number of guarantees for Illinois energy consumers, helping to reduce costs and increase the liability of utility companies. For example, it would formally empower the Illinois Commerce Commission to investigate ComEd – and any other utility company found guilty of criminal behavior – and impose penalties that could include returning money to customers. It would also ban the practice of charging a “convenience fee” for customers who prefer to pay by debit or credit card rather than signing up for automatic payment or direct bank transfers.

The legislation, which now goes to the governor for his signature, is expected to create or preserve tens of thousands of well-paying jobs in the clean energy economy, supported by a strong network of training programs.

Predictions for business and leisure travel drop amid COVID-19 outbreak