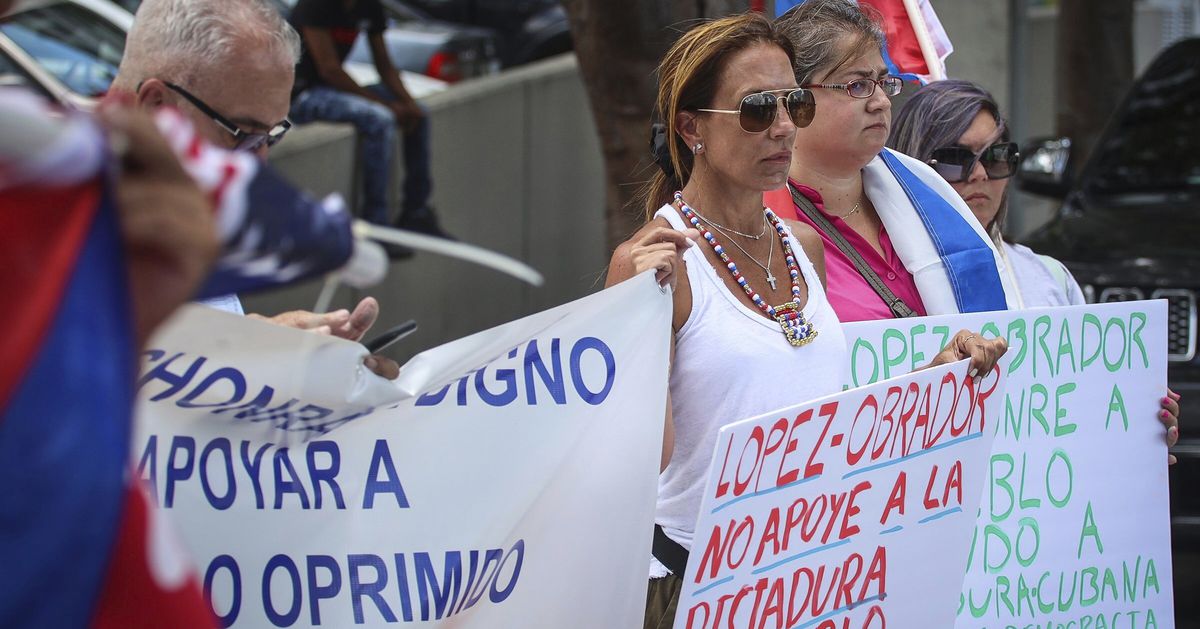 Do not act directly to overthrow the Cuban regime

Massive protests have erupted in Cuba against a ruthless dictatorship and cruel deprivation. Not surprisingly, President Miguel Diaz-Canel, the handpicked successor to the Castro brothers, blames the United States for everything. This is nothing new.

In May 2015, the United States removed Cuba from the list of states supporting terrorism. This increased trade between the two parties. Of particular importance, banking restrictions have been lifted. President Donald Trump has put Cuba back on the terrorist list.

In 2016, President Barack Obama visited Cuba. President Calvin Coolidge was the previous chief executive of the United States to visit, in early 1928.

The Cuban government has announced layoffs of 500,000 workers, combined with liberalization to encourage small businesses and foreign purchases of real estate. It was a profound admission of failure on the part of the Cuban Communist leadership. Havana is now courting foreign investment, while maintaining strict political control.

In 2009, the United States relaxed extremely strict restrictions on travel and remittances. In addition, telecommunications companies could enter into licensing agreements. Now the desperate government has shut down the internet.

The Soviet Union, a vital source of subsidies, collapsed three decades ago. Venezuela is providing some help, but this economy is also a hopeless case.

Fidel underlined a new alliance with Moscow by joining Nikita Khrushchev on a visit to the United Nations in New York in 1960. At the UN, the Soviet premier was extremely disruptive, while the Cuban delegation provided a media show .

The Eisenhower administration began underground efforts to overthrow the regime, including a CIA plan to assassinate Castro. The successor to the Kennedy administration has significantly increased its efforts.

When Fidel retired, Secretary of State Condoleezza Rice endorsed “peaceful and democratic change” and suggested that the “international community” work directly with the people. We must focus on educational and cultural exchanges. President Dwight Eisenhower did this successfully during the height of the Cold War.

Above all, we must avoid taking direct action to overthrow the regime. Previous armed interventions were highly counterproductive, and for many years provided the Castro brothers and now Diaz-Canel with the advantage of blaming all problems on “Yankee imperialism”.

Cuba has played an important role in American politics. In 1960, Democratic presidential candidate Senator John Kennedy dramatically stoked the flames of hostility against Castro during the close struggle with Republican candidate Vice President Richard Nixon. Kennedy exploited the alarm about a Communist state “ninety miles away” and overwhelmed Nixon.

The Kennedy administration began with the disastrous Bay of Pigs fiasco. In October 1962, the Cuban Missile Crisis brought the world to the brink of nuclear war. A year later, assassin Lee Harvey Oswald met with Cuban intelligence officials in Mexico City.

Fortunately, we now have the opportunity to support change from within. We must thank them and encourage them.

Arthur I. Cyr is the director of the Clausen Center at the College of Carthage and author of “After the Cold War”.