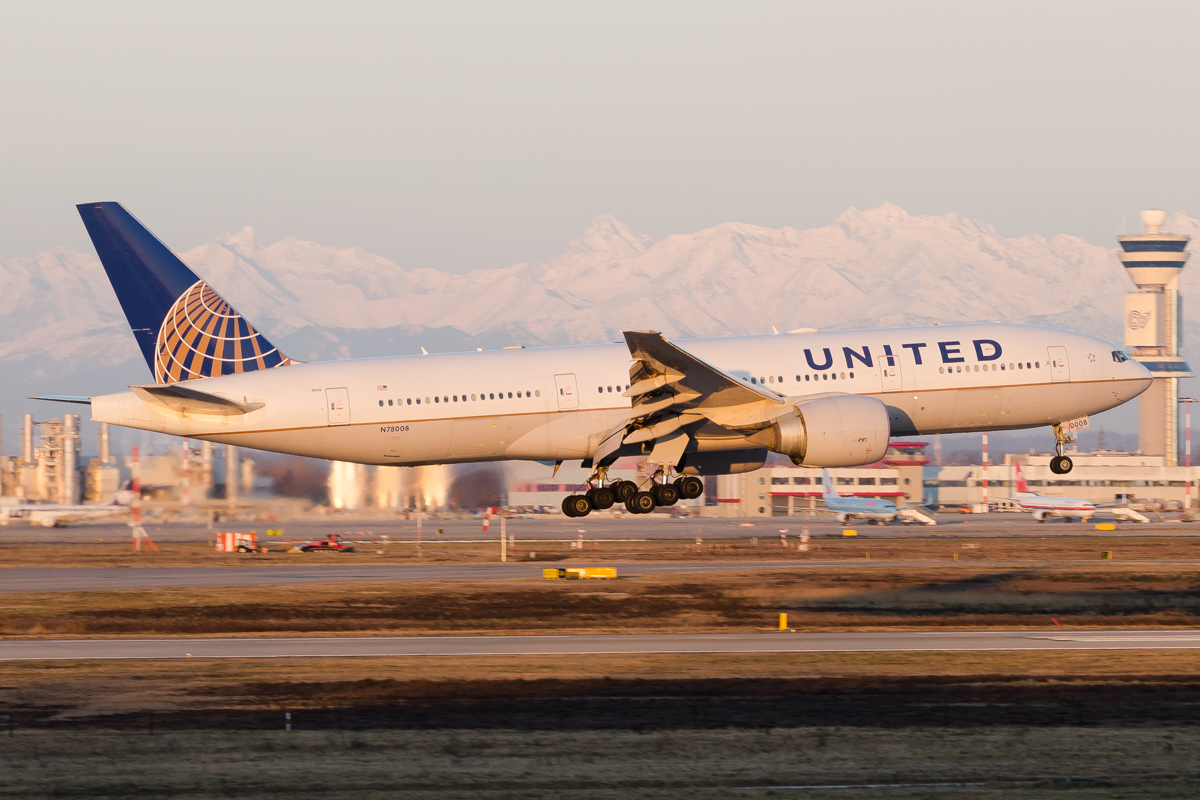 How is the Italian-American market looking after COVID?

Ah, beautiful Italy; it’s no wonder millions of Americans flock here every year before COVID, and therefore no wonder airlines are perpetually mad about this market, trying to cash in on that love.

Conversely, Italian Americans are a large community in the United States, which makes the demand on the other side also very strong all year round – not to mention the Italians’ love for America.

Naturally, as a long-haul airlift, it is a market that has suffered greatly from the consequences of the pandemic, the travel restrictions and the resulting uncertainty. And a lot has happened since 2019; Air Italy and Alitalia went bankrupt.

The question therefore arises: how does this market look after COVID? Aviacionline will help answer this question by looking at the comparison between the July schedules of the years 2018, 2019, 2020, 2021 and 2022 using the Diio Mi app from Cirium.

Before COVID, the Italian-American market was so attractive to airlines that even Alitalia managed to make money on a bunch of these routes. According to a report collected by Corriere della Sera, in 2018, the airline actually made a profit on the Rome-Los Angeles and Rome-New York routes, also more or less balanced on the Rome-Boston route.

But overall this is an absolutely diverse market full of different routes not just to the gateways as you can see.

During that month, these seven airlines sold 2,409 flights, 646,627 seats and ASK 4.8 billion between Italy and the United States and vice versa.

It is not for nothing that the Italian national carrier was in second position in terms of ASK capacity between the two countries.

Meanwhile, the US3 – American, Delta and United – is expected to link its main hubs in the midwestern United States to Milan and Rome.

There were, however, some exceptions to this rule; American Airlines has linked its Philadelphia hub to Bologna and United Airlines has operated flights between Newark and Naples. During this time, Venice was the only secondary city served by the three carriers; American from Chicago and Philadelphia, Delta from Atlanta and New York and United from Newark.

Besides these four carriers, the remaining three were definitely also interesting in the context of the Italian market; let’s discuss it one by one.

First of all, the most famous case, Emirates. The UAE carrier operated a daily connection from Milan to New York, operated by the Airbus A380.

In fact, this specific Fifth Freedom route aroused the fury of the United States3, which was disgusted by a foreign carrier that it claimed to be subsidized, thus creating a position of unfair competition.

This brings us to the second carrier in this group, Air Italy. Until a few years ago they were called Meridiana and operated only a few flights from Naples and Palermo to New York.

Now, they held 8.1% of the market through ASK, connecting Milan to Los Angeles, Miami, New York and even San Francisco.

As the airline was now 49% owned by Qatar Airways, the United States3 has often stated that Air Italy is only a substitute designed by the Middle Eastern carrier to further advance in the profitable Europe market. -United States.

And finally, we had Norwegian Air Shuttle in its low cost long haul project which ultimately failed. The airline has deployed its 787 on four routes to the United States from Rome / Fiumicino: Boston, Los Angeles, New York and Oakland (in the San Francisco area).

So there you have it: a very diverse set of airlines connecting the two countries with all kinds of products for all kinds of tastes. The industry couldn’t imagine what the next year would have been like.

As you may recall, Italy was the first epicenter of COVID-19 in the western world. This was reflected, logically, in travel between the two, with tourism effectively prohibited on both sides.

Thus, in July 2020, only two routes were active: Rome-Boston and Rome-New York with Alitalia.

Now, July 2021 has seen a small rebound from the previous year. This is because American travelers have been welcomed back to Europe.

That meant the three U.S. majors were back in this game, with Alitalia essentially offering the same as in 2020 – it’s just Boston’s frequency shifted to bolster Operation JFK instead.

The biggest losers here have been the west coast of the United States and the secondary cities of Italy; of these, only Venice remained, with 15 trips to JFK operated by Delta.

Obviously, the network became much more restricted to hubs not only because of the reduction in traffic, but because the airlines wanted to maintain their dominant position where they were already strong in order to stimulate demand.

With this, operations like Philadelphia-Bologna become unnecessary for American Airlines, if they can do Philadelphia-London-Bologna in partnership with British Airways. The filling of planes is facilitated by reinforcing its own hubs and the hubs of its own partner.

And when it comes to airlines, everything that survived COVID had returned to this important transatlantic market. Air Italy went bankrupt in February 2020 and Norwegian withdrew from long-haul flights with the pandemic, so they are the only victims.

At the same time, a new entrant decides to try his luck with returning American tourists; Neos, a major charter airline in Italy, has launched a Milan-New York route.

This is shaping up to be the first year of relative normality, with the United States reopening its borders to vaccinated travelers, and this translates into more generous schedules on the airline side.

ITA, the Italian state start-up, intended to replace Alitalia, has sufficient capacity to place it in fourth place, behind the American majors and very close to third, American Airlines. Alitalia now holds 19.7% of capacity, in ASK, between the two countries.

Another route that surprisingly remains is the Milan-New York – the one that in the Alitalia years lost money, but the one on which ITA, with its new, lighter structure, expects to make money. .

When it comes to flights to Italy’s secondary cities, Venice has pretty much reclaimed its old network – only Chicago is missing – while the Naples to Newark race is back. Bologna, however, is still not in the airline’s plans.

And in terms of airlines, the Italian-American market will remain at seven players. While Air Italy has gone bankrupt and Norwegian has withdrawn from long-haul, Neos is selling its Milan-New York for the upcoming summer season – in fact, it keeps that route through the winter – and La Compagnie de France is expected to start flights between Malpensa and Newark with its full business jets.

The Milan-New York market will therefore have more or less regained the capacities of 2019; however, with seven concurrent players instead of the six in 2019.

This is a premium market whose flight, before the pandemic, said Emirates CEO Sir Tim Clark “[was] completely full all the time “and” we should have two [flights] out there, but I can’t get the slots in JFK â€in an interview with The Points Guy.

The topic of discussion from now on will be: will all of these airlines operate such flights profitably? Only time will tell.

But the two winners of the pandemic in this market are undoubtedly two: Delta and United. These two not only have capacity for 2019 restored, but also have more capacity for July 2022 than before the pandemic between the United States and Italy.

In 2019, Delta was third, behind American and Alitalia, in capacity between the United States and Italy. Now, the airline will move to a comfortable top position, offering 993.9 million ASK, up from 955.6 million in July 2019.

While the daily double flight from Atlanta to Rome has moved to a daily frequency only and the Detroit-Rome route will not return, this will be more than compensated, with, with a few increases in aircraft, the connections from New York / JFK in Milan and Rome going from one daily in July 2019 to two dailies in July 2022.

In addition to maintaining services on all routes operated that summer, it will increase the daily frequencies to be doubled daily on the Newark-Rome route and launch a Chicago-Milan operation.

This is a marked difference with American Airlines, which will lose the lead in terms of capacity, dropping from 1.155 billion ASK between the two countries in July 2019 to 692.1 million ASK in July 2022.

None of the routes operated by AA will see its capacity increase and four will not return: Charlotte-Rome, Miami-Milan, Chicago-Venice and Philadelphia-Bologna. Thus, out of 10 daily flights on certain days of July 2019, the airline will operate six in July 2022, against eight for United (it was six in 2019) and nine for Delta (eight in 2019).

However, airlines believe demand will perform in the upcoming summer season, the battle is on. And as those months get closer and airlines – especially those that are publicly traded – disclose their observations on sales, we’ll have a better picture of such a large market.

The cards, however, are already on the table, and these seven players could no longer hope for their hands to be the winners.