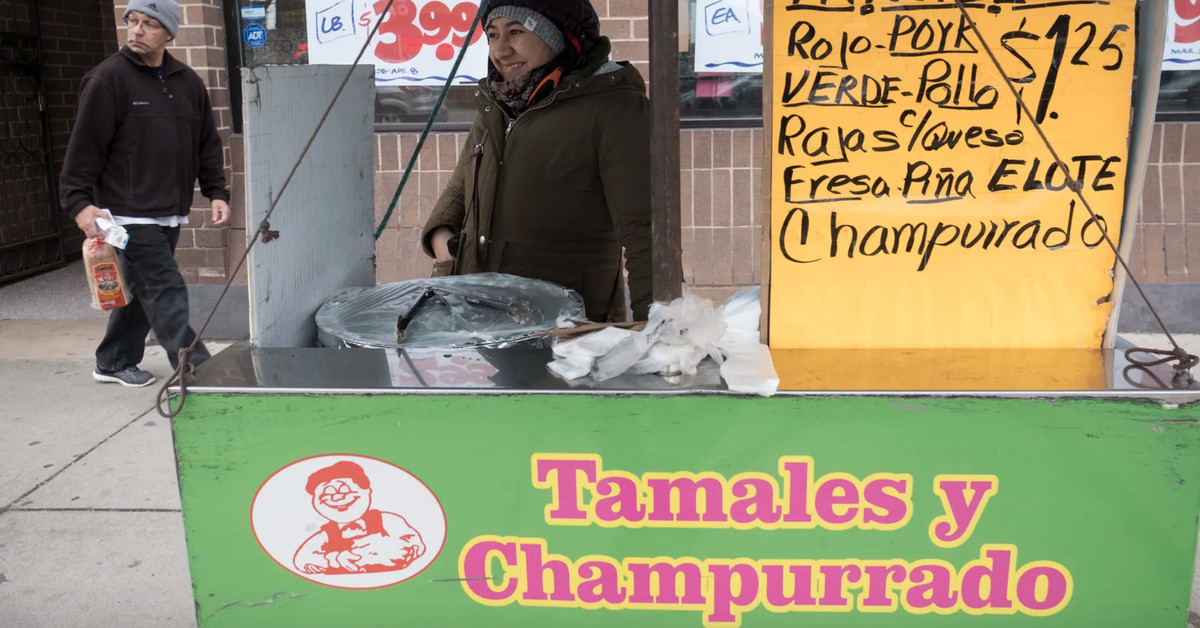 Chicago street vendors have faced the city’s restrictions on food sales for decades, often facing tickets, fines, and encounters with police. Today, a group of long-time vendors have taken an important step towards protecting the livelihoods of their members by purchasing a commercial kitchen where they can legally prepare food and run their business without fear.

Cooperative of local vendors Cocina Compartida de Trabajadores Cooperativistas purchased a commercial kitchen at 3654 W. 16th Street in North Lawndale this spring, according to Block the Chicago club. Chicago vendors are not allowed to prepare food at home or on their carts on the street – something from other parts of the county, like LA, have been part of its cultural fabric. In Chicago, having access to a professional kitchen is a life-changing proposition.

Ownership of the kitchen extends their power further: Now, cooperative members like Carmen Nava-Najera, a venerable tamale maker in the city for more than two decades, can provide opportunities for vendors struggling with licensing and marketing. law application. She and her cohort want to rent the kitchen at affordable prices to help others access licenses and operate legally, she says. the Tribune.

Nava-Najera and her fellow salespeople initially organized 28 years ago as the Street Vendors Association of Chicago. The group in 2016 successfully helped advocate for a street vendor business license and two years later began renting the kitchen space on 16th Street.

Other members of the Chicago hotel community are also aiming to use commercial kitchens to empower entrepreneurs: Chef David Blackmon (Blu 47, Butterfield 8) plans to open an incubator kitchen at Englewood Connect, the development of 10 , $ 3 million arriving in the 800 block of West 63rd Street. . Entrepreneurs will be able to cook and serve in the licensed space, as Blackmon helps them learn how to apply for small business loans and grants to grow their brand. It’s an ambitious endeavor, however, and an opening date is not yet known.

These kitchens can provide significant opportunities for vendors, but they also play a role in another contentious issue in the hospitality industry: the rise of giant corporate entities such as DoorDash, UberEats and Grubhub, who have widely used “ghost kitchens” to deliver food from national chains – an approach independent restaurateurs say is ruining their businesses.

– Celebrity local chef Brian Jupiter (Ina Mae) will host the Chicago event for the James Beard Foundation’s Summer Taste America series on Tuesday, July 13 at his Frontier restaurant in Noble Square, according to a representative. Jupiter will offer a three-course meal featuring smoked wagyu beef cheek with barbecue black-eyed peas. Sixty-five percent of ticket sales will go to Frontier and 35 percent will go to foundation projects like the Open for Good campaign. Tickets and more details are available on the foundation website.

– Travelle at the Langham enlisted Pastry Chef Nitin Bali to oversee the pastry kitchen and lead all pastry activities throughout the hotel including afternoon tea service, dessert catering, banquets , etc., according to one representative. Originally from India, Bali obtained degrees in hospitality and tourism management as well as in baking and pastry making. He spent nearly a decade working at Ritz-Carlton hotels in the United States and the Middle East and previously ran the pastry kitchen at the Ritz-Carlton Chicago.

– Chef Adam Siegel, winner of the James Beard Award (Lake park bistro, Bacchus) announced plans for Lupi & Iris, a gourmet restaurant inspired by the French and Italian Riviera that is slated to open in spring 2022 in downtown Milwaukee, according to a representative. Seigel previously worked at Spiaggia, Chicago’s decorated Italian favorite, and as executive chef and managing partner of the entire Bartolotta restaurant empire. He is collaborating on the project with commercial real estate developer and architect Michael DeMichele.

– West Town’s Big Delicious Planet catering company is hosting a four-course alfresco week Urban Farm Dinner Series every Wednesday through Aug. 25 at his farm, kitchen and canteen in Hubbard and Wolcott, according to a representative. Tickets ($ 165) include beer, wine, and a cocktail. More details are available via Tock.


Register to receive the newsletter