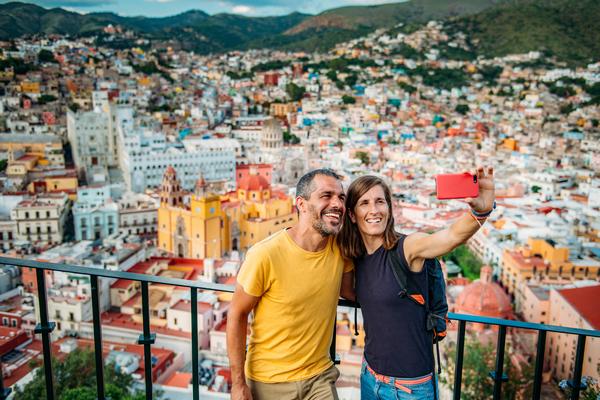 With the increase in international travel due to increased COVID-19 vaccination rates, the Mexican state of Guanajuato, located in the center of the country, continues to welcome visitors from the United States while highlighting implements various sanitation protocols and measures to protect the safety of its citizens and tourists.

Geographically located in the heart of Mexico, the state of Guanajuato is famous for its cultural and historical attractions and is sometimes referred to as the “Land of Legends” due to the locals’ fascination with supernatural tales and the monuments associated with them. Some of its most famous tourist spots include San Miguel de Allende, Dolores Hidalgo, Leon and the capital Guanajuato.

As is the case elsewhere in Mexico, travel restrictions in the region are minimal, and there are no vaccination or testing requirements to complete, or quarantine required on arrival. Guanajuato state has been particularly proactive in its vaccination campaigns and reports that nearly 50 percent of residents have been fully vaccinated so far.

In addition, the state’s own hygiene certificate “Distintivo Guanajuato Sano” has received the “Safe Travels” seal from the World Travel & Tourism Council (WTTC). This global recognition is aligned with the standards of the World Health Organization (WHO) and the United States Centers for Disease Control and Prevention (CDC) and is supported by the World Tourism Organization (UNWTO). Over 3,000 businesses across Guanajuato have obtained the certificate to date.

International visitors looking for air travel options to Guanajuato will now find that much of the state’s connectivity has been restored. Guanajuato International Airport (BJX), located just outside the city of Leon and close to the city of Guanajuato, has reactivated 87% of its normal flight operations, reports the Secretary of State for Tourism. By the way, Guanajuato’s hotel sector is currently reporting 78 percent occupancy.

Grupo Aeroportuario del Pacífico (GAP), which operates Guanajuato Airport, recently reported that BJX is the sixth busiest airport in the country. The company recorded 1.1 million arrivals between January and July 2021, including 329,400 international passengers, mainly from the United States.

For the ease and convenience of returning travelers, temporary COVID-19 test modules were installed at BJX in late January to administer both PCR testing and antigen testing. GAP said rapid antigen testing at the airport will cost 450 pesos (about $ 22) and PCR tests 1,450 pesos (about $ 72), and both will be made available exclusively to passengers booked on international flights.