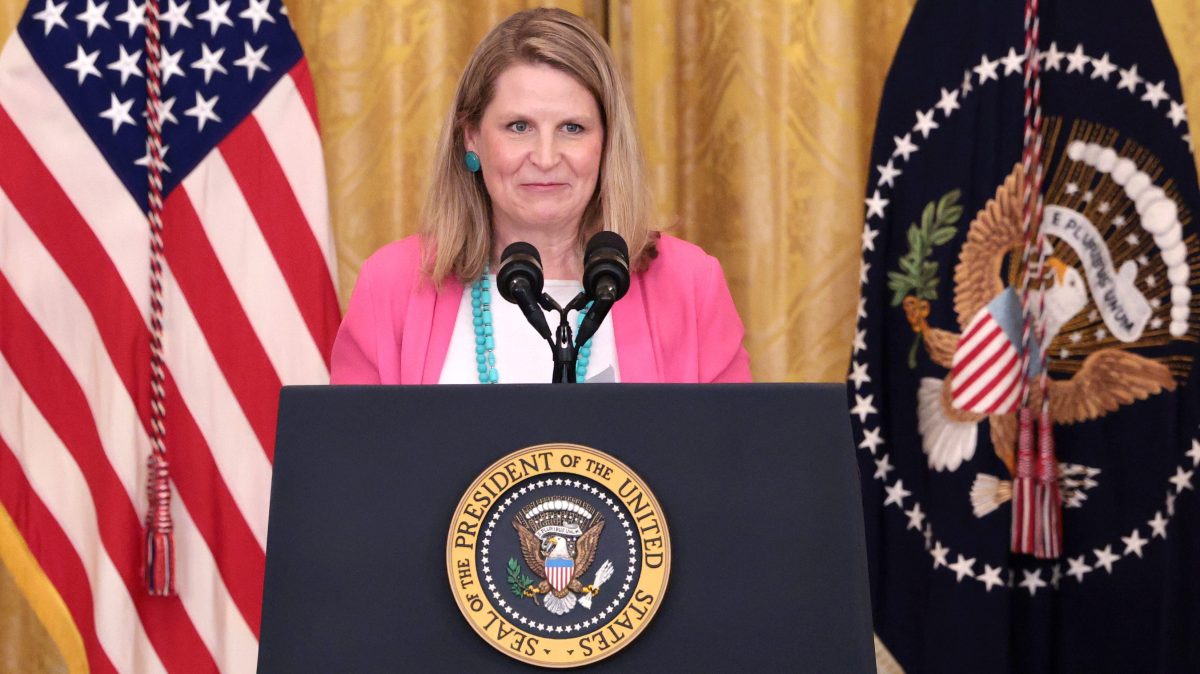 Is a new trade union movement in the making?

We have heard a lot about how workers reassessed their relationship with work during the pandemic. Between labor shortages in all industries, a series of strikes and organizing campaigns and the shift to remote work, workers are demanding greater control over their position in the economy. And the public sentiment is with them. A recent Gallup poll found that 68% of Americans – and 77% of those aged 18 to 34 – have a positive opinion of unions. The movements of workers in leading companies like Amazon, Nabisco, Starbucks and now Kaiser Permanente prepare for what might become a wave of labor unrest.

AFL-CIO President Liz Shuler argues that we are in the early stages of a modern labor movement. In a Chicago Sun-Times editorial, she wrote that “a modern labor movement begins by putting good jobs and workers at the center of our national conversation – where it was, when work was culturally respected and economically rewarded.”

Marketplace host Kai Ryssdal spoke to Shuler about labor policy and the foundations of a modern labor movement. The following is an edited transcript of their conversation.

Kai Ryssdal: You had an article in the Chicago Sun-Times a few weeks ago where you said that the current model of American capitalism essentially creates instability and threatens democracy. And you said, â€œWelcome, then, a modern labor movement. And the question I must ask you now is: what does a modern labor movement look like?

Liz Shuler: Well, a modern labor movement is a movement that grows and changes as the economy grows and changes. And we want to be that movement that meets the needs of workers in the future to make sure that, you know, jobs in emerging industries are good, high-quality jobs to support a family. We believe that one job should actually suffice. And we want to be that bold, vibrant, inclusive place to unite workers and, you know, show that when they come together they’re more powerful, and we can actually make economic scales work for them. Because we’re seeing inequalities at record levels, and workers actually need more power, you know, to take advantage and demand that higher paying job. And so we believe that a vibrant and modern trade union movement will be the place to do it.

Ryssdal: The catch, of course, is that even though support for organized labor is very high in this country, something like 11% of the US workforce is unionized. It’s a setback, you know, decades and decades. What do you do with that, as a woman whose job it is to get that number to go the other way?

Shuler: Well, we got a lot of faith and hope in the workers. And what we see there is a demand for change. So our challenge in the labor movement is to connect the dots so that people show that when you oppose a union you are better off, you have a better pay, you have that security and you can retire in dignity . And that’s what’s missing in this economy. So we hope that more workers, since we have everything planned right now – the popularity of unions is so high, we have a Gallup poll which showed that 68% of the public sees the labor movement, sees unions in a good way. eye, 77% of which are young people – now is the moment of opportunity for the trade union movement.

Ryssdal: With all due respect, lady, you know, faith and hope and popularity don’t pay the bills. So I must ask you about the movements in Congress to help your cause. The House has passed, as you know, the Law on the Protection of the Right to Organize, the PRO Law. He now sits after having passed a house and the prospects in the Senate are on hold, shall we say, as much is in the United States Senate. Where are you going from here nationally?

Shuler: Well, the PRO Act is part of the Workers First program that we have been pushing for. If you don’t have the right to come together in your workplace to demand and negotiate better wages and conditions, then the rest of democracy is crumbling around us. And I think we find that people have less confidence in democracy because of the economy and the way it is treated with workers, and people have given up hope. And so we plead for, yes, the passage of the PRO law. And, you know, getting elements of PRO Law in every legislative vehicle we can find, including reconciliation. But we also see the role of the trade union movement in standing up for workers and the plight of workers in our country, including preserving democracy and securing the necessary investments we need in this Build Back Better program.

Ryssdal: It’s a big change, linking the fate of this democracy to the economic benefits of a unionized workforce. And I’m highlighting it just to make sure people understand what you said without making a value judgment on it. But I wonder what he’s saying about that link, that Congress can’t agree on what day it is, let alone what to do with organized labor.

Shuler: Well, Congress is busy at work as we speak, trying to figure out what this investment program will look like. And right now the workers have the small end of the stick. The levels of inequality are staggering. We have a polarized economy where some people do very well, and others – you know, most of us, the 99% – have to work two or three jobs just to get by, when we think a job should be enough to support a family. So that’s what we’re advocating is that the labor movement be that center of gravity for workers to demand more and get their fair share of the growth that’s happening in the economy.

Judge saves US visas for some, but not all lottery winners – NBC Chicago