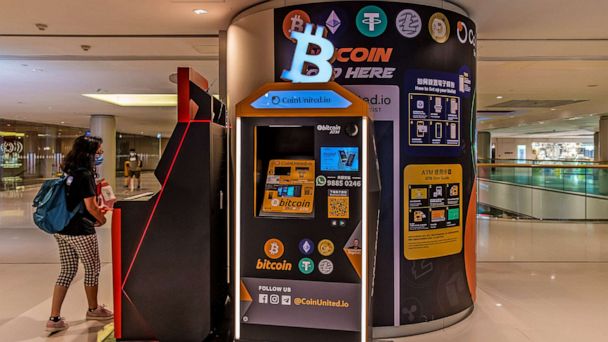 Bitcoin, Ethereum and other cryptocurrencies lost value on Friday after China declared all transactions involving those digital currencies “illegal”.

The central bank of China, the People’s Bank of China, issued a statement on Friday saying that the use of these virtual currencies disrupts the economic order and is linked to money laundering, fraud and other illicit activities. . While Chinese financial institutions were already banned from doing business with cryptocurrencies, the new statement made it clear that cryptocurrencies did not have the same status as legal tender and could not be used as currency on the market. Marlet.

Bitcoin fell around 8% on the news, but recovered some initial losses and fell around 5% on Friday morning. Ethereum initially lost more than 10%, but fell about 7% at 11:30 a.m. ET, according to data from Coin Desk.

Notoriously volatile digital currencies are down around 30% from historic spring highs, but Bitcoin is still up around 40% since the start of the year and Ethereum has gained 290% in 2021.

Beijing’s Friday notice also made it clear that it is illegal for virtual foreign exchange offices abroad to provide services to Chinese residents via the Internet.

The announcement comes as China experiments on a small scale with its own digital currency issued by its central bank, the first to be created by a large economy. The digital yuan is expected to be scaled up imminently, and while it has many similarities to current cryptos, the main difference is that it can be more easily traced and controlled by the government.

US financial markets were flat on the news, with the Dow Jones Industrial Average and the S&P 500 both opening relatively flat on Friday. Analysts and investors around the world are closely watching news from China, despite the silence on the Evergrande saga. Debt problems plaguing Evergrande, one of China’s largest real estate developers, sent global markets tumbling earlier in the week as many predicted a default with possible spillover effects on the economy in its together.