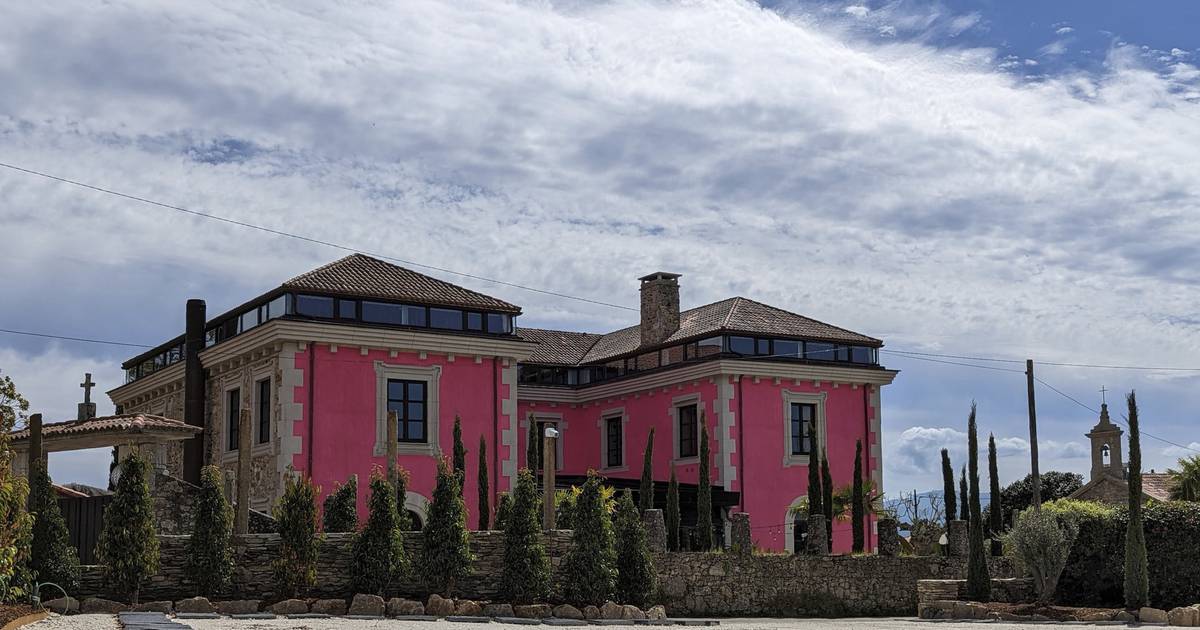 For a number of culinary-minded Chicagoans, the name Beatnik evokes visions of the opulent tropical and bohemian restaurants of the Bonhomme group, whose bold and outrageous color combinations are also found in its whimsical, fanciful Celeste and the dashing glow of the end of the evening. burlesque in Brothel.

Ever the innovator, Bonhomme frontman Dani Alonso takes his penchant for maximalist aesthetics to Galicia, Spain, where he opens his first hotel, Casa Beatnik, a camellia-pink boutique inn 20 minutes south of Santiago. -de-Compostelle, at the northwest tip of the Iberian Peninsula. .

“I offer the rare combination of an outsider’s and an insider’s perspective. I came to Galicia all my life, almost 46 years, regularly for weeks,” he says. Alonso’s parents are from Galicia and he spends summers there every year with his family.

Alonso describes Galicia as a region “steeped in tradition but rebelling against it”. It is in love with its coastal fishing villages, its beaches, its grassy and mossy granite countryside dotted with vineyards and farmland, and its unique culture and language, influenced both by its neighbor, Portugal, and by the Celts who populated it in the 5th and 6th centuries.

Porto, his lush West Town Chicago restaurant, which earned a Michelin star in 2021, reflects that love, and now Casa Beatnik will too.

“When you’re going to have the audacity, like we had, to cross the Atlantic and plant ourselves here and plant the Bonhomme flag in Spain, I think Galicia deserves huge respect,” says Alonso. “The stories we want to tell, we had to respond to our audacity with audacity and serious investment.”

As in the best hotels in the world, guests will find themselves faced with the perfect conundrum: stay put and soak up the property’s unique splendor and charming hospitality, or leave your home port to explore the rich region around you. Plan well to allow time for both.

Former home of late 19th-century Galician novelist, theologian, and historian Antonio Lopez Ferreiro, the 7-acre property is just a click away from the 9th-century Camino de Santiago. Known in English as the Way of St. James and marked with a yellow scallop shell logo, it is historically part of one of the three great pilgrimages of Christendom, and this last ⅔ mile stretch remains popular for pilgrims and tourists.

For years the property existed as a pazo, a traditional country mansion common in Galicia, and later as a family hotel and winery producing the local white Rías Baixas Albariño from old vines.

Alonso and his brother Juan Carlos, who moved to Galicia to oversee the project, completely transformed the space, preserving historic and traditional elements like the pergola-style grape trellises in the working vineyard and stone chapel, while adding world-class luxury flourishes to the 14 guest rooms inside. “We are travelers and nomads ourselves, having crossed the ocean to come here. We have that sensitivity,” says Alonso. “So we wanted to create a place that celebrates, you know, our favorite things from around the world.”

During your visit, you are likely to lose track of your travel companion for some time. You might find them sunk deep into a comfy sofa, reclining under Italian Murano glass chandeliers; stroll along verdant vines, camellia bushes and fruit trees; gaze into the creek-fed koi pond; or sip a lemon cocktail made from Licor 43 while standing in the red-tiled saltwater pool. The Bonhomme team designed the 21+ space in vignettes, a collection of experiential moments to immerse yourself in and get lost in, like a corn maze for the caviar platter.

There’s a sauna and spa, massage therapy and yoga, plus glamping yurts for cyclists and Camino crowds. And the aforementioned chapel? The Alonsos have converted the hallowed space into The Cottage, a secret and sensual sleeping place for the ultimate intimacy seekers in a luxurious 860 square feet.

Rooms, which start at around $315 per night, are spacious and comfortable, and are furnished with the same eye for overall design as the common areas, draped in Suzani throws, antique furniture, and freestanding Antoniolupi tubs. There’s Wi-Fi everywhere, but you’re just as likely not to need Netflix or email in such dazzling surroundings.

As with its two Chicago locations, the Beatnik Restaurant is brimming with typical Alonso vibes, with piles of pillows, dozens of multicolored Berber baskets, rows of potted palms, and a concrete-slab Moroccan patio with a retractable glass roof that allows always-changing views of Galicia’s ever-changing weather. Raindrops overhead create a particularly soothing atmosphere, but mist, rainbows, sun, and clouds appear interchangeably, as reliably as everyday sunsets.

At Tribu, the open-air but secluded fine-dining restaurant, the team brings tasting menus to the Tiki Hut. You’ll eat impossibly tiny vegetables from a nearby farm, seasonal treasures like white asparagus and whole turbot from the wood-burning grill, or crispy sweetbreads with a rich anchovy sauce. Each dish is plated on Galician ceramics and expertly paired with various wines from Galician grapes – not just the wonderfully aromatic Albariño, but Godello, Mencía, Bastardo and other varieties that are experimentally vinified to enhance their diverse character. . Esparto-woven textiles that line the space allow chefs to be seen grilling, chopping and lighting the outdoor wood-fired oven.

Once guests are rested and ready to explore the area, Alonso and the staff at Casa Beatnik are happy to share tips about their beloved Galicia. “I’ve explored Galicia to the north, south, east and west, and I think I know what makes it special,” says Alonso. “I can organize, knowing what I think an international traveler and fellow Chicagoan is looking for, what their top 10 magical experiences in Galicia could or should be.”

Perhaps turn south to the green hills of Ourense, where Galician cattle graze and Mencía grapes thrive, to hike the Camino and other nature trails and bathe in hot springs.

Turn north and drive 20 minutes to Santiago de Compostela, a university town and a beautiful historical and religious monument full of restaurants, bars, bakeries and a good public market brimming with an array unreal of fresh and sparkling sea creatures, local cheeses and fresh produce. Have lunch on the terrace of Abastos 2.0 (abastosdouspuntocero.com), where you can taste all the exceptional shellfish you just ogled at the market across the street.

Or continue north or west to the wild Atlantic coast, through countryside dotted with farmland, vineyards and pazos, to see the glistening rías, typical regional estuaries, harbors fishing and enjoying all kinds of restaurants – from local tabernas, pulperías and marisquerías to Michelin starred gourmet restaurants, all within a 90 minute drive of the hotel.

If Alonso is successful, visitors will enjoy both getting lost in Casa Beatnik and exploring beyond its walls.

“You leave Galicia thinking, ‘Wow, this is an amazing place,'” he says. “It touches all the senses. It’s a hidden gem.

Lisa Futterman is a freelance writer.