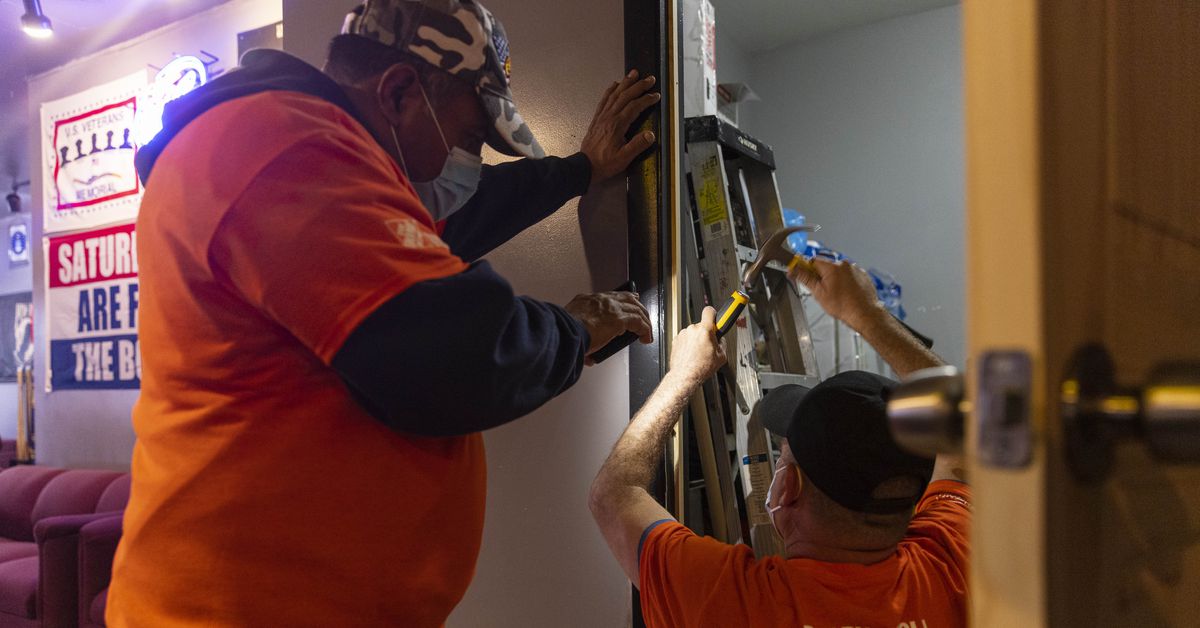 When Daniel Perez returned to Chicago from his military service in Iraq in 2006, he found himself in a world he could not relate to.

He enrolled in law school, but found it difficult to concentrate. He started drinking and then passed out. Perez felt abandoned, sensing a lack of purpose in the transition from life and death situations to civilian life.

He didn’t know it at the time, but he was struggling with post-traumatic stress disorder.

â€œI didn’t have anyone I had experience around me anymore,â€ said Perez, now 44.

This lasted until his next deployment in 2010, this time to Afghanistan. But when he got home in 2011, he got something new: Colleagues in his unit told him about his VFW neighborhood of West Lawn.

â€œIt was transformative for me becauseâ€¦ once we got back and everyone went their separate ways, I expected that feeling of abandonment again,â€ Perez said.

Instead, Perez said he found a refreshing sense of community at John E. Connolly Victory VFW, 3743 W. 63rd St. The post was struggling with low enrollment numbers when Perez showed up. , but now has 520 members, including 387 active members paying membership fees. .

The building had also fallen into disrepair over the years, with water damaged walls, missing doors and peeling paint. That changed this fall.

Unbeknownst to Perez and members of the VFW, where he now serves as vice-commander, the Bedford Park Home Depot had offered his post for Operation Surprise, a Home Depot Foundation campaign calling on members of the the community to designate veterans’ facilities for renovations.

Since 2011, $ 400 million has helped the foundation and its partners build, renovate and improve more than 50,000 homes and facilities for veterans, the group said. The annual campaign kicks off every Veterans Day, and this year Perez’s VFW was chosen as one of the sites for renovation.

â€œGiving back to our community is one of The Home Depot’s core values, and taking care of our veterans is another,â€ said Miguel Chavez, assistant manager of Bedford Park Home Depot.

As Veterans Day officially kicked off, volunteers from Chavez and Home Depot have been renovating the VFW station for almost two weeks. Chavez said most sites only took six to ten days, but the West Lawn building was in “dire” need.

They started with landscaping, putting stones and lights in the flower beds. Then the pressure of the team washed the entire facade of the building. They replaced one of the N’s on the panel with a volunteer, Luis Bacallao, sculpting and painting it himself.

Then the team moved inside. In the meeting room, they removed rotten wood; cupboard doors replaced; baseboards and moldings added; replaced all lights and ventilation covers; and painted the whole space.

At the bar, they repaired the water damage to the ceiling and repainted the ceiling; addition of a door to the kitchen area; replaced broken tiles and vanities in bathrooms; painted bathrooms and added ventilation systems.

â€œThis place had a lot of work to do, which we wanted to do for them,â€ said Chavez, estimating the cost of the renovations at $ 10,000.

For the Bacallao and JosÃ© Murillo volunteers, they do the work â€œfrom the bottom of their heartsâ€.

â€œThey deserve more than we can give them because they fought for our freedom,â€ Murillo said.

In addition to the work in progress on the building, The Home Depot is also making an additional donation of $ 1,000 to the post office.

Cheyanne M. Daniels is a reporter for the Sun-Times via Report for America, a non-profit journalism program that aims to strengthen the newspaper’s coverage of communities on the South Side and West Side.

Discover the history of Route 66