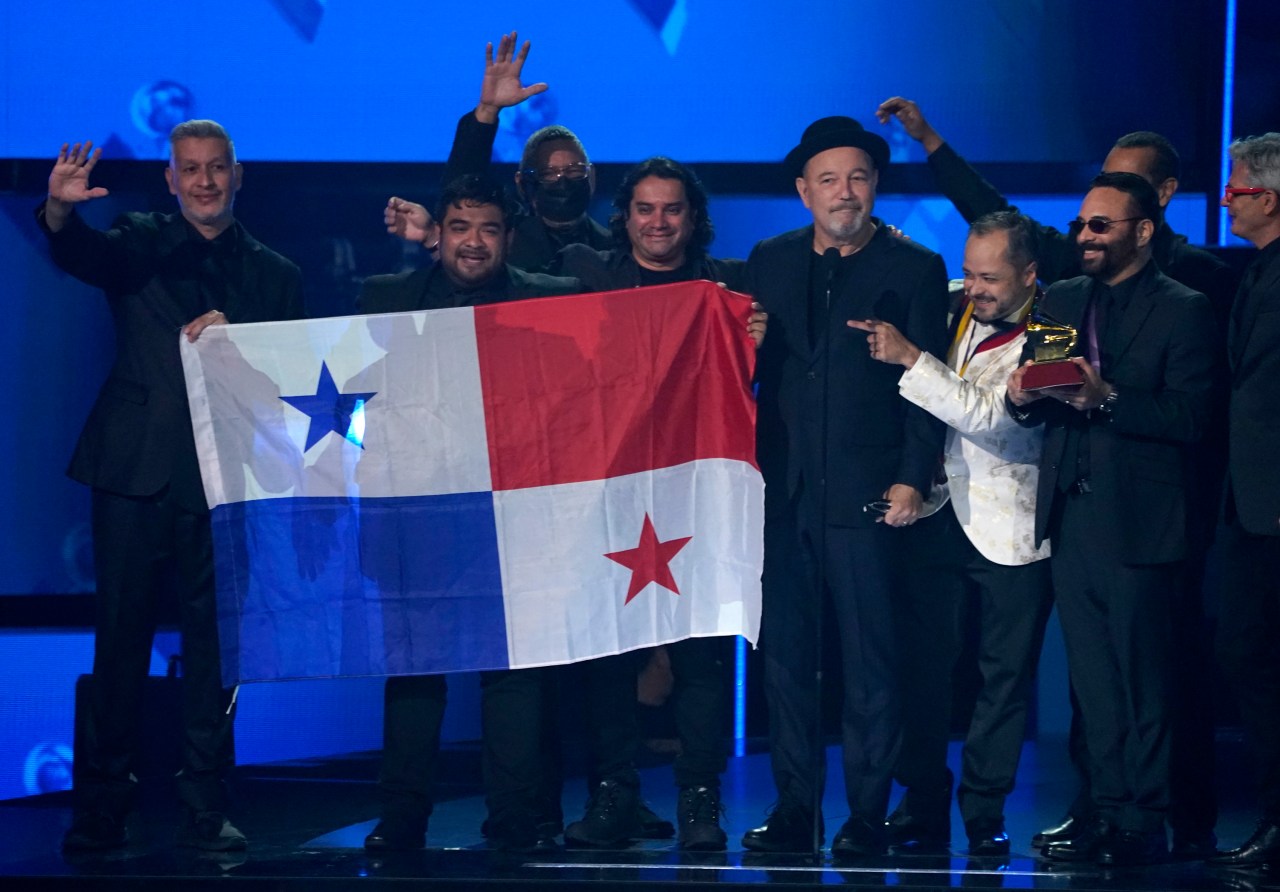 MEXICO CITY (AP) – One can sometimes wonder what would have happened if Ruben Blades had been president of Panama. Would he have been good? Hated? Was it better that he didn’t?

â€œI think it would have been good for the country,â€ Blades said Thursday in a video call interview hours before the Latin Grammy Awards in Las Vegas. It turned into a huge night for Blades, who was honored as the Latin Recording Academy’s Person of the Year and won Album of the Year for â€œSALSWING!â€ and best salsa album for “SALSA PLUS!”, both with Roberto Delgado & Orquesta.

â€œPeople say power corrupts. I do not think so. I believe that the power unmasks â€, he added. â€œThey don’t buy you if you don’t sell yourself. â€¦ To me, public service is worth more than a Grammy or all the Grammys I’ve won or whatever they give me. There is nothing better than serving your country and your people, period.

What has happened since he unsuccessfully ran for president in 1994 is that he has stuck with music and acting. (His fans are always eager to see him more as Daniel Salazar in the series â€œFear The Walking Dead.â€) And he served in a public service position as Minister of Tourism from 2004 to 2009, without any of the scandals. corruption or nepotism that often plagues Latin American politicians. In fact, as seen in the 2018 documentary “Ruben Blades Is Not My Name”, he can still walk the streets of Panama and be greeted by people.

After being fascinated by the music of Frankie Lymon and The Teenagers in the movie “Rock Rock Rock!” when he was around 10, Blades entered music through a very back door in the ’70s but never left.

Although, “contrary to what people say who don’t know what they are talking about, I didn’t leave Panama for the purpose of being a musician, I left Panama because I wasn’t going to be. lawyer in a dictatorship, “said Blades, whose parents left the country before him because of a problem with military leader Manuel Noriega. â€œWhen I came to Florida to be with my family there was a lot of difficulty and I couldn’t help them because my law degree was not working in Florida. So I called FANIA, which was the biggest salsa record company.

Richie Ray and Bobby Cruz of FANIA had recorded “GuaguancÃ³ Triste” by Blades in 1971 and he hoped they would offer him work as a songwriter or musician. The only position available was that of the record company mailroom manager.

â€œI started in the FANIA mailroom and Ray Barretto found me thereâ€¦ Someone said to him: ‘This guy who is there to stamp correspondence in FANIA, this guy sings and writes songsâ€, Blades remembers. “Barreto went to see me and I auditioned and he put me in the orchestra with Tito GÃ³mez, may he rest in peace, and that’s how I started in New York in 1974. “

“Buscando Guayaba”, “Pedro Navaja”, “PlÃ¡stico”, “Prohibido Olvidar”, “Buscando AmÃ©rica” â€‹â€‹and “Desapariciones” are some of the songs of the former mail clerk of FANIA who, together with the two Thursday trophies, now has 10 Latin Grammys and nine Grammy Awards.

â€œAs long as I can sing and offer the audience the level of quality that I demand of myself and that they are used to receiving from me, I will continue to work. But the moment I feel that the voice or the disposition, the enthusiasm, is not there, it’s the day that I will quit immediately, just as I quit smoking, “he said. . “Music will never leave me because music is something that helps you spiritually, it even helps you therapeutically and keeps you connected with the best in the universe.”

On Wednesday, Blades was celebrated at the traditional Person of the Year benefit concert by dozens of artists, including AndrÃ©s Calamaro, Vicentico, Flor de Toloache, Diego Torres, Farruko and JoaquÃ­n Sabina, who performed covers of his songs.

â€œThe fact that he (Sabina) traveled from Spain to share this moment with me seems very special to me,â€ he said. â€œI told him, ‘You could have done it through Zoom.’ It surprised me and I really appreciate it, I admire it a lot.

â€œI was also surprised by Christina Aguilera. I didn’t even know she knew me, â€he said of the American singer, who performedâ€œ CamaleÃ³n â€with an arrangement similar to Ecuadorian pasillo.

â€œI’m learning a lot from my colleagues,â€ Blades said. â€œI really enjoy working and learning from others. “

However, he lamented that there aren’t many Latin American film and television personalities in the United States.

â€œDespite being the minority group with the largest number of people and despite our contributions which greatly help the gross domestic product and the culture of the United States,â€ he said. “So having a Latino there is something that I think is necessary to represent all the contributions that we make.”

The third constant in Blades’ life has been his pursuit of social justice, supporting causes ranging from the fight against hunger and poverty, to supporting migrants and HIV patients.

â€œFame provides a stage and an opportunity to express opinions that are going to have an impact and should have a positive impact on our society,â€ said Blades. â€œIt is positive that an artist speaks in a responsible and informed manner on issues that otherwise might not attract attention. “

An opening day for Illinois deer gun season, made even more special by the partial lunar eclipse of the previous hours, with a new hunter in the Des Plaines Fishing and Wildlife Area.