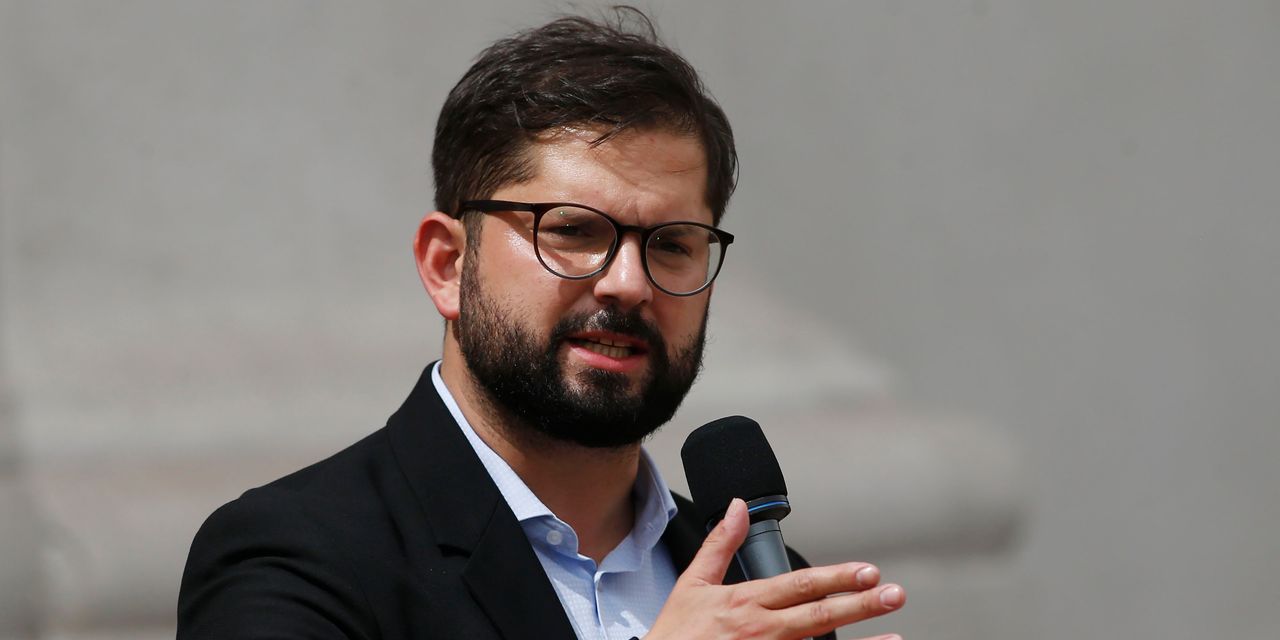 “Chile will be the tomb of neoliberalism,” promised Gabriel Boric after being chosen as the far left presidential candidate in July. His 56% to 44% victory over conservative JosÃ© Antonio Kast in Sunday’s election gives him a chance to keep that promise.

The election was a referendum on Chile’s past four decades. While Mr. Kast supported the principles and institutions that brought unprecedented levels of prosperity, his rival promised a new order based on leftist populism and identity politics.

In his first speech as president-elect, Boric announced his intention to end Chile’s private pension system. He wants the country to return to a pay-as-you-go model, in which the government would tax active workers to pay retirees. In its previous version, the system was riddled with corruption and ultimately went bankrupt. If implemented, this program would become an unsustainable burden on Chilean taxpayers. It would also gradually destroy the country’s capital markets, which are heavily dependent on individual savings accumulated in private pension funds. Mr Boric also plans to try to increase the size of government by almost a third over eight years. It seeks to increase tax revenue by 8% of gross domestic product. Economists from all walks of life say this would destroy Chile’s growth potential.

Mr. Boric questioned the free trade pacts that have been a pillar of Chile’s economic success. He wants to increase the minimum wage by more than 60% while reducing the workweek from five hours to 40. In addition, he plans to increase the social contributions required of employers by 60%. These measures could decimate the small and medium-sized businesses that create 65% of official jobs in the country.

The president-elect, who has openly supported left-wing terrorist organizations such as the Frente Patriotico Manuel Rodriguez and terrorist groups operating in southern Chile, attacked the moderate left as a traitor to the Chilean people for subscribing to the “model neoliberal â€. Mr. Boric is aligned with the Chilean Communist Party, which supports dictatorships in Cuba, North Korea, Venezuela and Nicaragua.

The anti-market rhetoric of the Boric campaign was disseminated by the media and higher education institutions largely controlled by the left. Mr. Boric and the Communists got their mandate in part because the Chilean economy has been lackluster of late.

The support of Hollywood celebrities such as Viggo Mortensen and Pedro Pascal, as well as the support of left-wing economists like Thomas Piketty, Joseph Stiglitz and Mariana Mazzucato, gave momentum to Mr Boric’s campaign. But its economic agenda would be disastrous and the costs borne by the poorest Chileans.

According to Mr. Boric, over the past decades the Chilean people have been exploited by neoliberal policies and the elites have benefited from them. Inequality, poverty and the lack of inclusion are part of the malaise that the radical left aims to eradicate. The facts, however, show a very different story.

After the overthrow of Marxist President Salvador Allende in a military coup in 1973, a group of economists, called the Chicago Boys for their training at the University of Chicago, transformed the Chilean economy, making it a model for the developing world. They established pro-market institutions and policies such as the privatization of social security and the opening of the economy to free trade.

After democracy was restored in 1990, the coalition of center-left political parties known as the ConcertaciÃ³n devoted more resources to the efforts of economists. The results have been striking: chronic inflation, which peaked at over 500% in 1973, fell to less than 10% in the 1990s and to less than 5% in the 2000s. Between 1975 and 2015, the Per capita income in Chile has quadrupled to $ 23,000, the highest in Latin America.

Some analysts expect Congress to prevent Boric from implementing his radical agenda. But populism has spread even to the center left and right in recent years. There is no guarantee that this will change now that Congress is divided, especially when the newly elected president enjoys massive popular support.

Yet the most dangerous effects of Mr Boric’s victory may well be seen in the new constitution. The election results could embolden the radical left ruling over the Chilean constitutional convention, which is due to end next July. The left might come up with a more aggressively populist project than it would have if Mr Kast had won. If Chileans approve such a constitution in next year’s plebiscite, their country’s fate as another failed Latin American nation will be sealed.