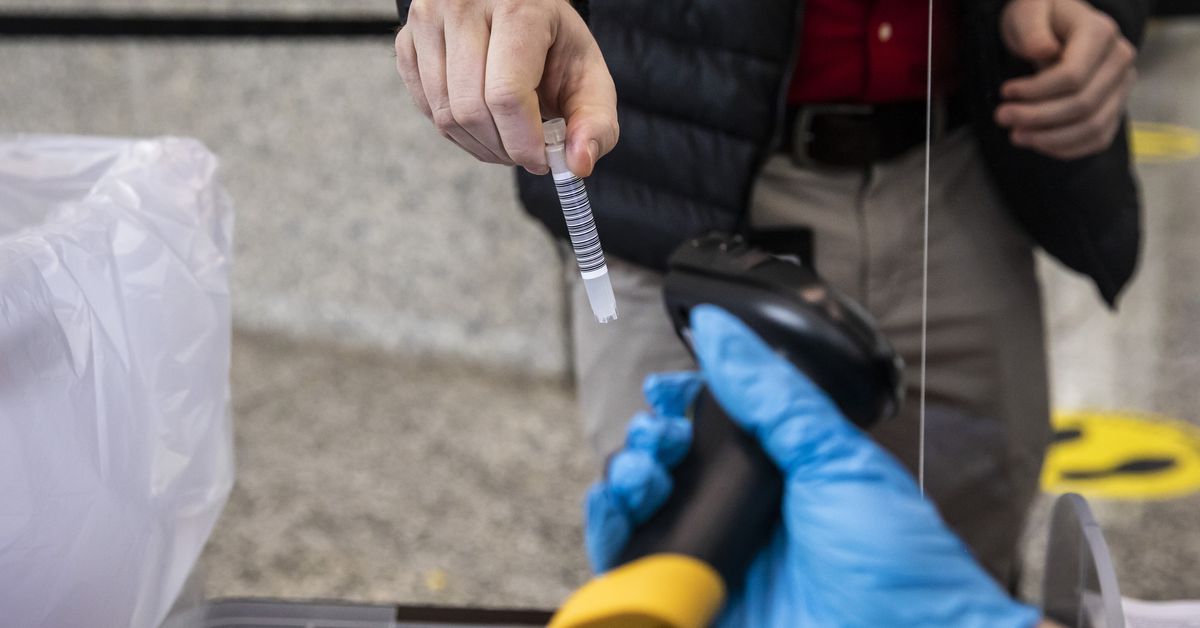 Public health officials say Omicron’s resurgence in Illinois shows promising signs of an “exponential decline” nearly as dramatic as its meteoric rise, but its ill effects are still being felt across the state.

The Illinois Department of Public Health reported 14,422 new COVID-19 infections on Thursday which lowered the seven-day average case positivity rate to 10.7%, as low as this infection rate has fallen. since vacation.

And hospitals across the state – although still overcrowded – reported that 4,824 beds were occupied by infected patients late Wednesday, the first time admissions have fallen below 5,000 since Dec. 26.

The encouraging trends are also evident in Chicago, where cases and new hospitalizations have fallen 49% and 31%, respectively, in a week.

That’s a long way from being done in intensive care units, which are still 88% full statewide, a number that’s only dropped slightly over the past week. Southern Illinois hospitals are still stretched almost to the limit at 96% capacity, leaving only three critical care beds available.

The state also reported 149 COVID deaths on Thursday, with more than 1,000 confirmed in the past eight days alone. With four days remaining in the month, Illinois suffered almost as many COVID deaths in January (2,651) as in the previous three months combined (2,941).

The latest and most tragic indicator of the surge, deaths have only started to show signs of abating in the past three days. The state has now averaged 123 deaths per day over the past week, down from a 13-month high of 132 on Tuesday.

The virus still kills about 21 Chicagoans a day, a rate that has dropped 12% from last week.

But the data shows that there are far fewer illnesses in fully vaccinated and boosted people. Unvaccinated residents were found to be five times more likely to end up in a hospital bed than Chicagoans who have a breakthrough case.

About 80% of eligible city and Illinois residents have been vaccinated, but that means almost a fifth of the population is still unvaccinated.

For help finding a vaccine or to arrange a free home vaccination appointment, visit chicago.gov/covidvax or call (312) 746-4835.