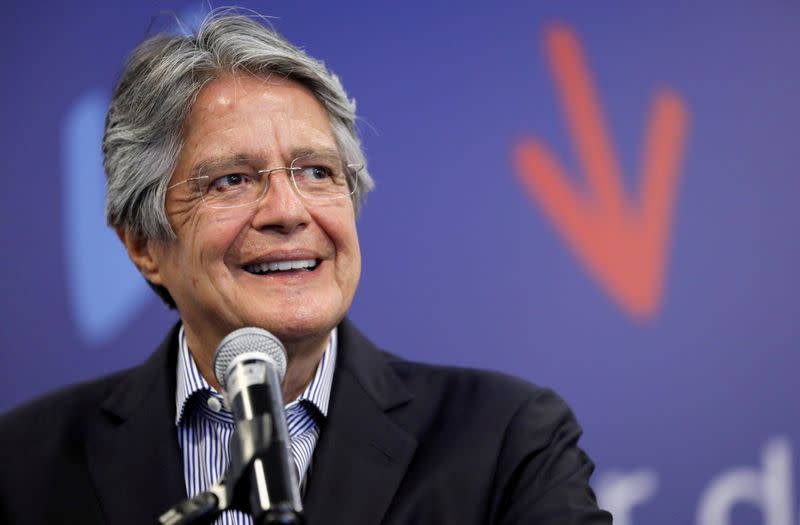 QUITO (Reuters) – The government of Ecuadorian President Guillermo Lasso on Thursday offered lawmakers a modified tax reform that would increase contributions from top-earning companies and raise $ 1.9 billion in its first two years, announced Thursday the Ministry of the Economy.

Lawmakers have rejected an omnibus tax, investment and labor bill by Lasso, a former banker who took office in May, without debate in September.

The government has split the rejected bill into three and will send them to Congress, where it does not have an absolute majority, with an urgent request for approval.

“This legal reform is in line with the principles of progress and tax justice and its approval is expected to lead to the collection of more than $ 1.9 billion in the first two years,” the Ministry of the Economy and Finance in a press release.

The new tax bill increases the number of businesses that will be subject to a special 0.8% tax contribution for two years, in a bid to fulfill a Lasso campaign pledge that those with the most income would pay more.

The new proposal maintains a controversial measure that will increase tax obligations for those who earn more than $ 2,000 a month by reducing the amount of health, education and other expenses they can deduct.

Tax reform is key to Lasso’s renegotiated funding deal with the International Monetary Fund, which plans to review the country’s budget programs in mid-December before a planned disbursement of $ 700 million.

The government has said it wants to reduce the Andean country’s budget deficit, estimated at some $ 4.8 billion, but has so far struggled to implement economic changes amid social and political opposition.

Abby Sears: Her Purpose Is To Serve The Community, To Empower Women | Monthly business