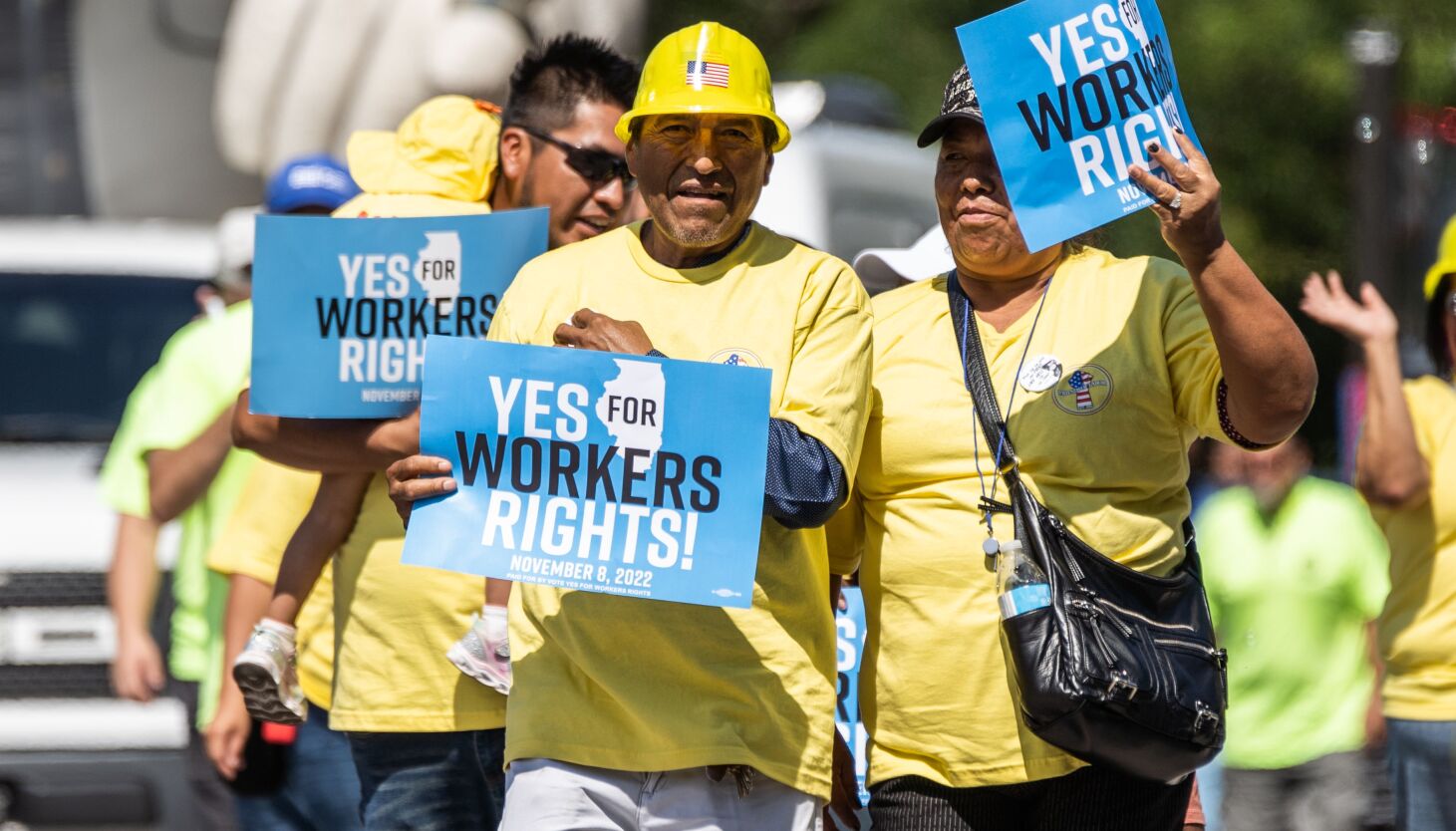 Ralph Chaplin’s 1915 union anthem, “Solidarity Forever,” blared from a pair of speakers in the back of a black pickup truck on Saturday afternoon as Chicago’s Labor Day Parade returned on the Far South Side for the first time in two years.

“People think it’s just a holiday, but it’s built from the blood and sweat and tears of the working people of this city,” said Don Villar, secretary-treasurer of the Chicago Federation of Labor. , who helped organize the parade. “Labor Day is because of what happened a few miles from here.”

Villar was referring to the 1894 Pullman Strikes that led to the creation of the holiday, as well as the Memorial Day Massacre – where 10 people were killed and over a hundred injured by Chicago police officers during a strike steelmakers in 1937.

Because of the city‘s long history of workers fighting for their rights and better pay, Villar said he considers Chicago the “hometown” of the American labor movement.

The spirit of the party was embodied on Saturday by parade leader Bea Lumpkin, 104, who was named this year’s parade grand marshal.

After the centennial, workers from a wide variety of fields – baristas, masons, ironworkers and carpenters all marched along the 1.3-mile route.

Emily Alaimo, a barista and member of Starbucks Workers United, said she was validating being “with co-workers” in the parade, adding that her job fell outside of “traditional” union occupations.

The coffee chain’s Chicago stores have seen an increase in unionization in recent months, with seven of 10 stores voting to unionize.

Other residents echoed his sentiment as they watched along the road.

“All work is work,” said Paulina Salazar, a longtime East Side resident. “What you put into your community is really what matters. Being able to celebrate everyone, no matter where they work, is a beautiful thing for me.