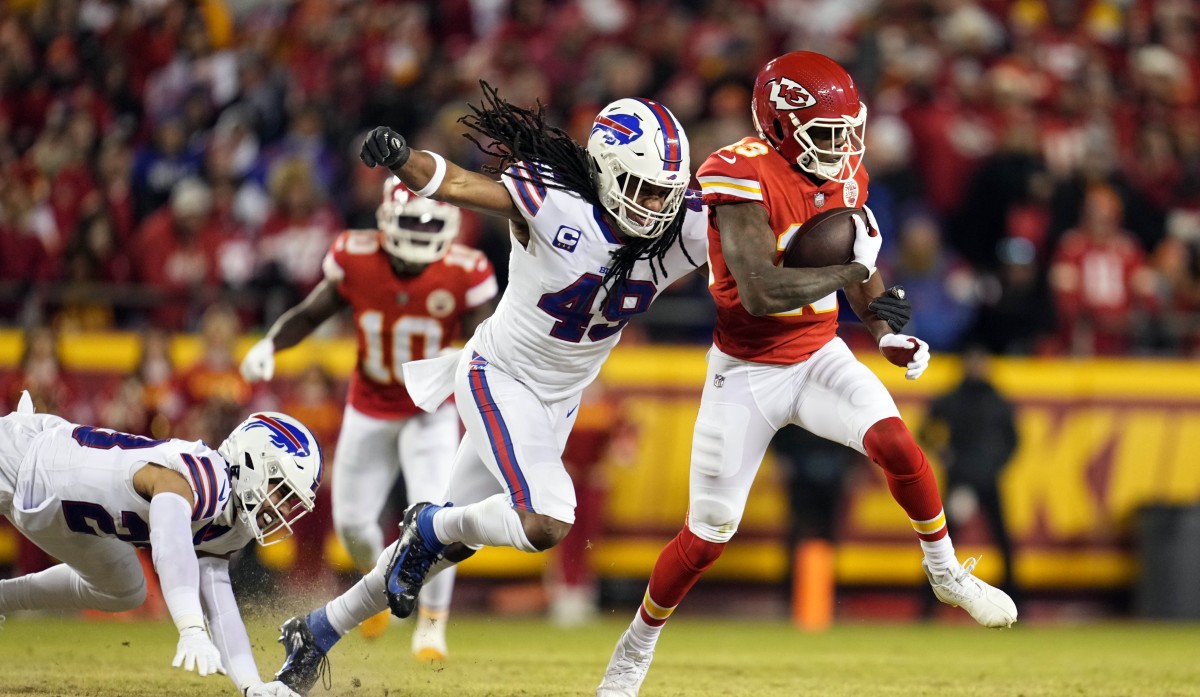 The Bears didn’t quite make the headlines for the wide receiver on Thursday than the Raiders, Rams or Packers did, but they did manage to bring in two pass catchers to help quarterback Justin Fields.

Pringle seemed to have had something of a breakthrough late last season as the Chiefs relied on him more after Sammy Watkins left in free agency. Pringle signed on to what ESPN’s Adam Schefter reported as a one-year, $6 million deal with $4 million guaranteed.

The deal was reported shortly after the Bears agreed to terms with Packers free agent receiver Equanimeous St. Brown, after they failed to sign a receivership in the first three days of the free agency tampering period and the official signing period.

Pringle has made 17 catches for 188 yards in the Chiefs’ last four games, then stepped up in the playoffs for 12 receptions and 82 yards with three touchdowns. He has 18 playoff receptions over the past two years.

He was a versatile guy who could play in the slot machine or outside.

Being in Kansas City, Pringle obviously had a connection to the Bears’ new general manager, Ryan Poles, a former Kansas City executive.

Pringle’s biggest game to date was a six-catch, 103-yard touchdown effort as a rookie against Bears coach Matt Eberflus’ defense when he was with the Colts. He also had a career-high six-catch game against the Pittsburgh Steelers last year for 75 yards and two touchdowns. He again had two TD receptions against the Steelers in the playoffs.

Pringle has been a Kansas-area guy since after high school, so maybe it helps that he gets to know the Poles. He was a junior college player at Butler Community College in Eldorado, Kansas, then played at Kansas State and finally for the Chiefs.