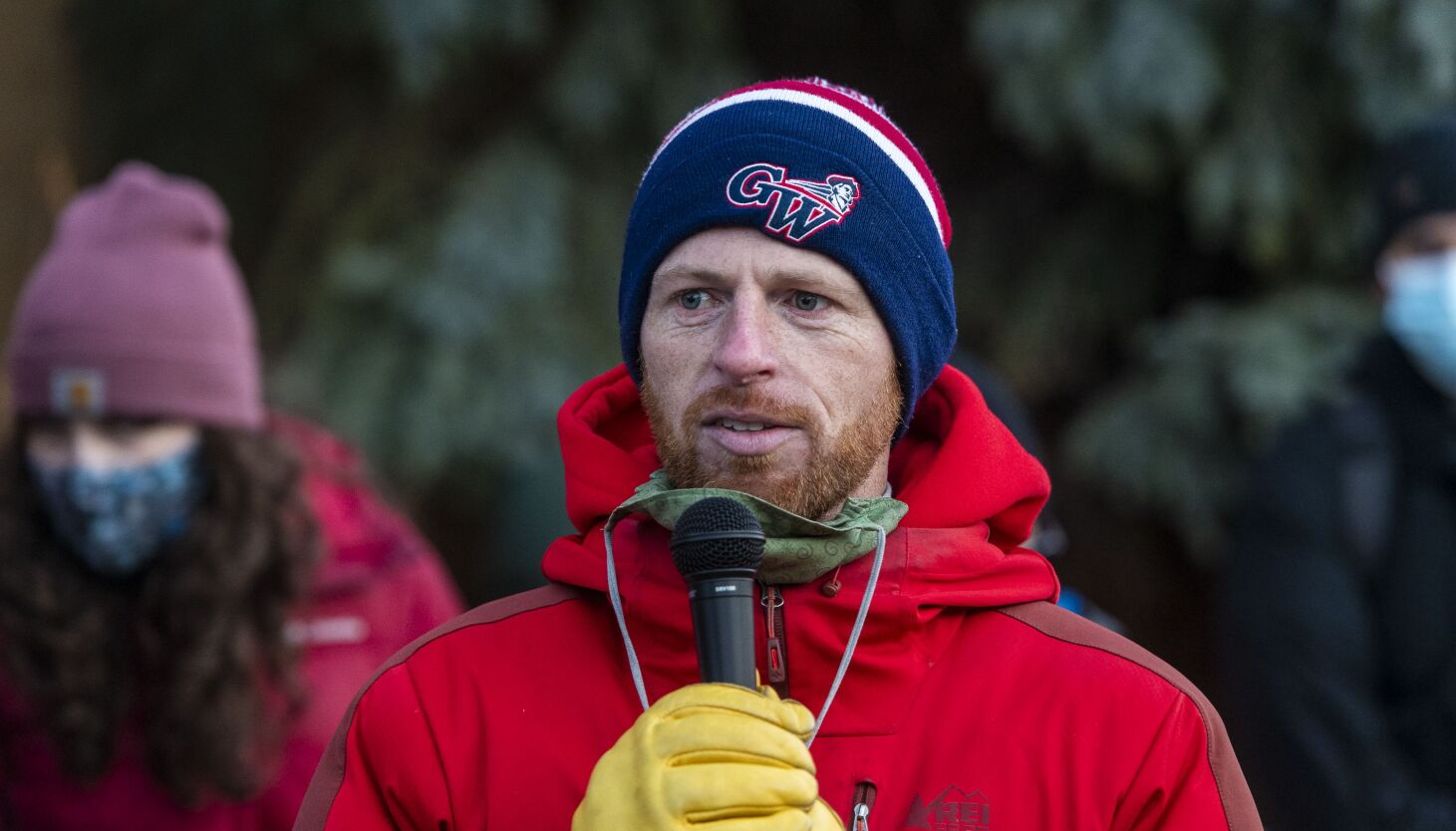 Two Chicago public school teachers face fire for encouraging high school students to protest General Iron’s proposed move to the Southeast Side, an action their union says is retaliation for embarrassing the Mayor Lori Lightfoot during the years-long debate.

Chuck Stark and Lauren Bianchi, teachers at George Washington High School, were two of the most visible activists fighting against the planned move of the metal-shredding operation from Lincoln Park to East 116th Street along the Calumet River.

On Wednesday, the Chicago Board of Education will decide whether to accept a district recommendation to fire the two teachers.

A number of students from the high school – located just over half a mile from the newly built shredding facility – took part in the protests. After several years of protests, the Lightfoot administration in February rejected the permit that would allow the operation to open.

“An investigation revealed several significant violations of policy by teachers, including the violation of safety policies regarding student transportation,” the CPS said in a statement. The teachers’ actions showed “repeated instances of poor judgment and bias in their teaching roles and in their roles as educational advisers”.

However, Thad Goodchild, an attorney for the Chicago Teachers Union, called the investigation, which is detailed in a more than 400-page report, a “witch hunt” and a “sad example of vindictiveness from the mayor’s office.”

Goodchild said he believed the mayor orchestrated the actions against the teachers. Without going into specifics, he said the report focused on “bizarre technical” policies and did not include what he considered violations that should lead to dismissal. Neither the CPS nor the union wanted to publish the investigation report.

A spokesperson for Lightfoot did not respond to a request for comment.

At a press conference last week, Lightfoot reacted angrily after federal officials discovered the actions leading up to General Iron’s planned move from a predominantly white neighborhood to a majority Latino community were telling. discriminatory practices on the part of the city. This pattern of racial discrimination took place before and during Lightfoot’s tenure, the Department of Housing and Urban Development said.

Both were at the heart of General Iron’s protests.

Stark participated in a month-long hunger strike last year that garnered national attention. Bianchi was one of four people arrested outside the home of Chicago Public Health Commissioner Dr. Allison Arwady during a protest in December. Teachers participated in multiple marches and other demonstrations.

“This news comes as a shock because neither of us did anything wrong,” Bianchi said in an interview.

Stark added, “It really hurts. …I feel like I was unfairly targeted.

The two teachers taught at Southeast Side School for four years.

“Why does the most powerful person in town feel threatened by two school teachers?” Stark asked.

Bianchi said she thought Lightfoot was trying to “send a chilling message” to Chicago public school teachers not to engage in such activities.

Brett Chase’s reporting on the environment and public health is made possible by a grant from the Chicago Community Trust.

Skydeck Chicago Vs. Chicago 360: Which Has Better Views?