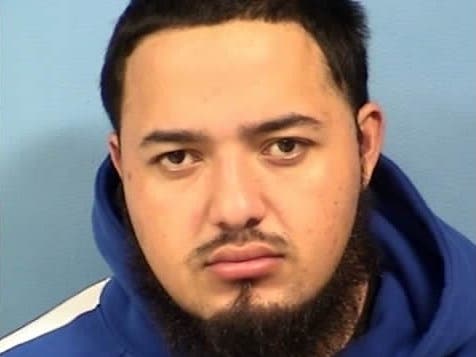 WEST CHICAGO, IL — A 26-year-old man has been sentenced to 22 years in prison in connection with the 2020 stabbing death of Luis Lopez in West Chicago. Joel Munoz-Valdez, of the 700 block of S. Oak Street, West Chicago, pleaded guilty to first degree murder on Monday.

On Feb. 26, 2020, Munoz-Valdez came to Lopez’s home in the 800 block of Brentwood in West Chicago and the two men argued outside the residence, according to the County State’s Attorney’s Office. DuPage. Munoz-Valdez pulled a knife from his pocket and stabbed Lopez in the left leg and back several times during the fight before fleeing the scene, according to a press release.

Lopez was taken to a nearby hospital. Munoz-Valdez was arrested Feb. 29 in Naperville and initially charged with aggravated assault. The charges against Munoz-Valdez were upgraded to first-degree murder after March 6, when Lopez died of his injuries.

“A little over two years ago, Joel Munoz-Valdez decided to end a verbal argument with a knife,” DuPage County District Attorney Robert Berlin said in a statement.

Berlin added: “However, his actions not only ended the dispute, but also ended the life of Luis Lopez. I offer my condolences to the family and friends of Mr. Lopez and wish them well. strength as they move on with their lives with only their memories of Luis.”

Munoz-Valdez must serve 100% of his sentence before becoming eligible for parole.

To request removal of your name from an arrest report, submit these required elements for [email protected]