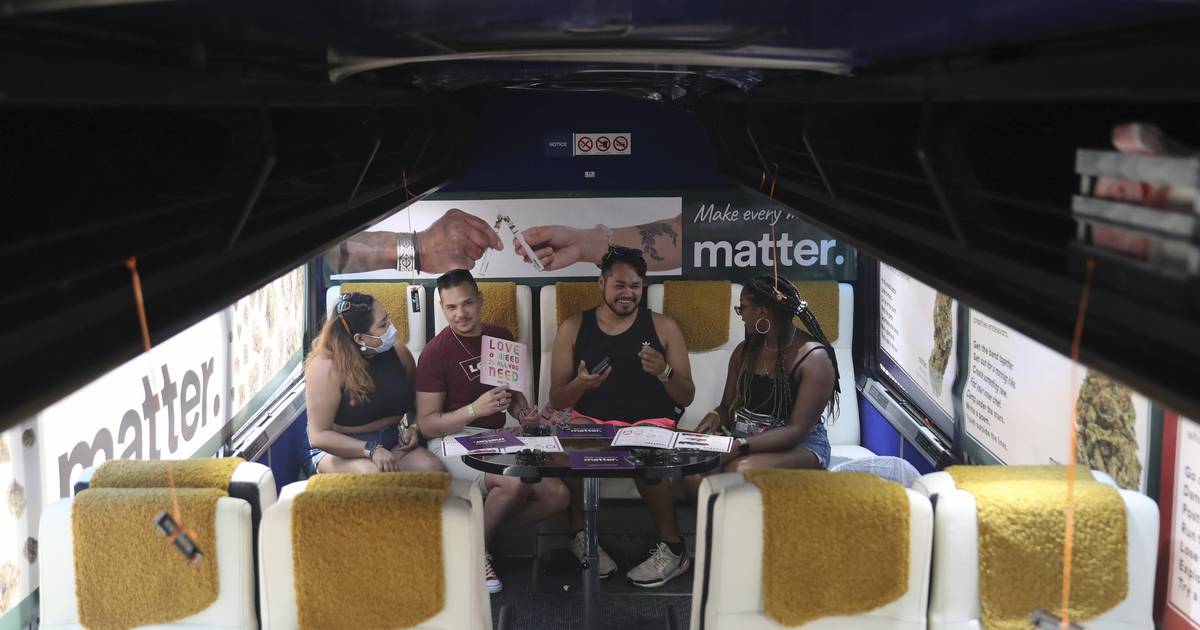 As Lollapalooza descends on Grant Park for four days of music and community celebration, Chicago cannabis dispensaries are gearing up for what they hope will be another long weekend of explosive sales.

From outdoor tents to treat customers to express menus with festival favorites, a number of nearby dispensaries are gearing up for an expected influx of festival-goers looking for some legal buzz.

Verilife, a Chicago-owned cannabis dispensary, takes things a step further by offering shuttles between Grant Park and its River North store. The “cannabus” fleet will provide two shuttles with up to 25 customers each in both directions every 20 minutes during the festival. Last year, Verilife had a shuttle in service for Lollapalooza.

“Last year’s Lollapalooza really put this store on the map,” said Verilife spokeswoman Melissa Buckley. “That’s why we have strengthened it this year, to allow even more customers to shop with us.”

Launched in 1991, Lollapalooza came to Chicago in 2005, becoming a major tourist attraction for the city, attracting hundreds of thousands of festival-goers and injecting millions into the local economy. Lollapalooza was canceled in 2020 at the start of the COVID-19 pandemic, but returned last summer with a new twist – cannabis was legal for the first time in the festival’s 30-year history.

Legalized in January 2020, recreational weed sales in Illinois reached a record $128 million in July 2021, helped by a month-end boost from Lollapalooza. Dispensaries near River North and West Loop saw a significant increase in traffic during the festival and are preparing for an even bigger increase this summer.

“Our business nearly doubled last year this week,” Buckley said. “We’re kind of hoping for the same this year.”

Jason Erkes, a spokesperson for Chicago-based Cresco Labs, whose Sunnyside dispensary in River North is closest to the Grant Park festivities, said last year’s festival was the weekend of sales on most important to date. This year, Erkes expects more than 7,000 customers to visit the North Clark Street store during Lollapalooza.

Traffic began to pick up Wednesday evening, with a line of customers at the store when it opened Thursday morning, Erkes said.

“You have all the people who are in town who don’t have legal cannabis where they come from and want to experience it with the festival,” Erkes said. “And then you have all your regular consumers stocking up for the weekend.”

To cope with the rush, Sunnyside pitched several orange tents in front of the dispensary to process orders. It also rolled out an express menu featuring festival favorites such as edibles and vaping products, which Erkes says are “very portable” for outdoor venues.

However, Sunnyside does not provide transport to the festival. Most customers opt for the mile walk or take a carpool, Erkes said.

Verilife is owned by PharmaCann, a privately held Chicago-based cannabis company that launched in 2014 and has a presence in eight states, including eight dispensaries in Illinois. Last year, Verilife named Baseball Hall of Famer and former Cubs great Ryne Sandberg as its spokesperson.

The River North Dispensary on West Superior Street, which opened in 2020, is the closest Verilife location to the festival.

In addition to the two shuttles, Verilife got a disused Greyhound bus, which was converted into a mobile smokehouse for customers to light up before heading back to Lollapalooza. The smoking bus will be parked outside the dispensary for the duration of the festival.

“I think this is going to give people the opportunity to buy even more than last year, because now they will have the opportunity to sit down for 30 minutes, smoke a pre-roll in a compliant area and get high before you head to the show,” Buckley said.

Smoking is not permitted on Verilife shuttles, or on the festival itself. All Chicago parks prohibit smoking in any way, including vaping, according to the Lollapalooza website.

While marijuana has been an integral part of outdoor music festivals since Woodstock in 1969, legalization has made it an increasingly mainstream and important business. Recreational marijuana is legal in 19 states and Washington, DC

Illinois is expected to generate $2.55 billion in annual cannabis sales by 2025, according to Headset.