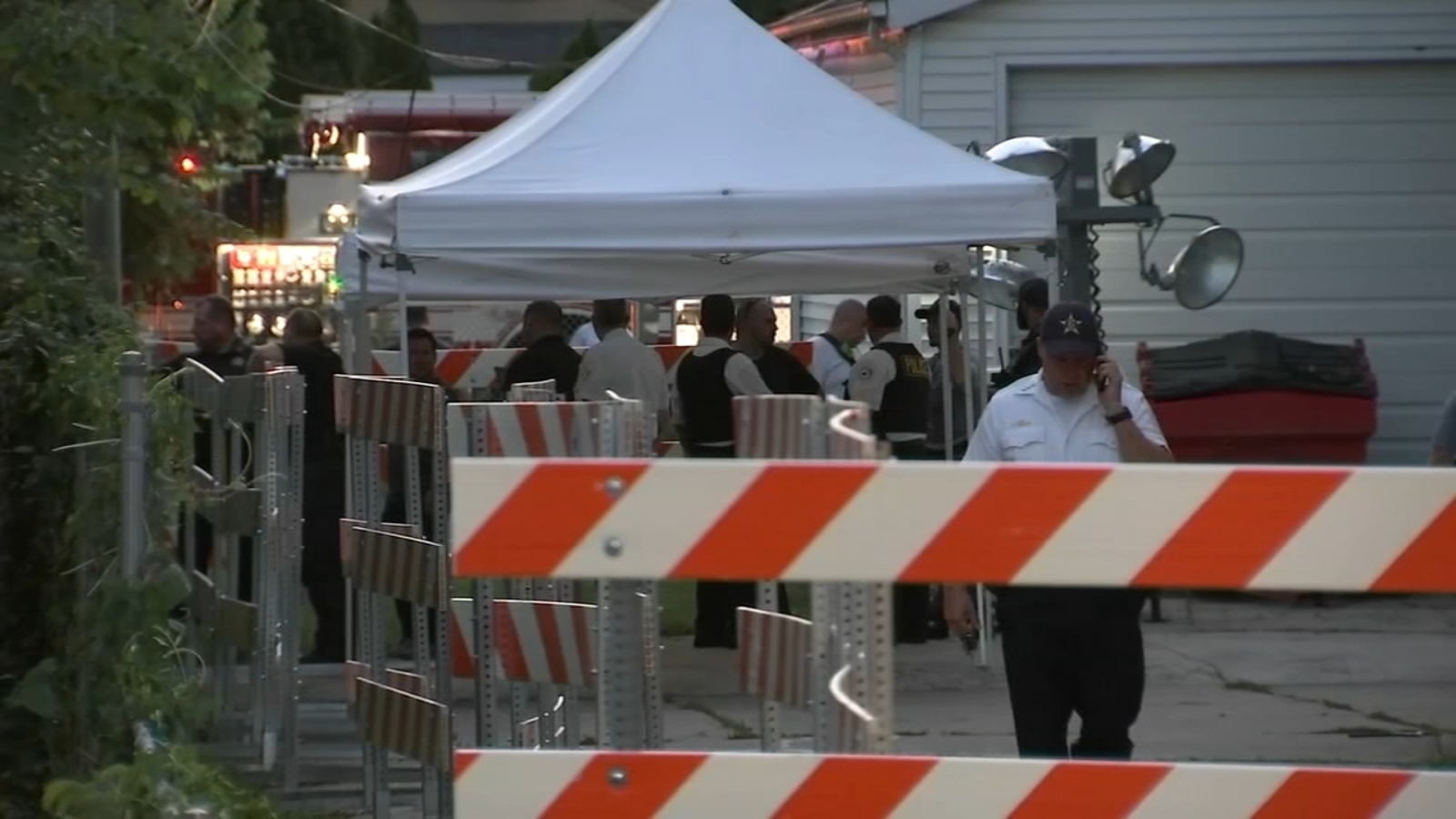 LYONS, Ill. (WLS) – Investigators are set to dig a backyard in the southwest suburbs of Lyon to search for bodies that may be buried there,

Excavations are scheduled to begin in the backyard on Saturday after two brothers said family members were buried there.

The investigation began after the water company alerted police that the water had not been used at the home in the 3900 block of Center Avenue. The use of gas and electricity had also been minimal.

Upon arrival, they found a serious case of hoarding. The house contained jars of urine and piles of belongings throughout the two-story house, as well as several cats and dogs running around the property.

“It was several liters of urine,” said Lyon police chief Thomas Herion. “There was no running toilet. Every room, the front door, the back door was completely boarded up with debris, boxes.”

Neighbors also mentioned that they had not seen one of the brothers who have lived there for days.

â€œSunday through today,â€ Herion said. “We know it’s a million degrees in there, so we started to worry that maybe they had passed.”

Police said they spoke to two men who lived there, brothers, who they said suffer from mental illness. They told the police that they were using a side window in the house to come and go because the doors would not open.

â€œHe said he had another brother upstairs who was having health issues,â€ Herion said.

â€œWhere are they? He said they were buried in the back yard, he said, ‘Oh they got sick, they died and we just buried them in the yard,’â€ Herion said.

The state of Illinois has no record of their deaths. Police said all evidence points to the bodies being in the yard; they have no proof that their mother is in Connecticut, or that the sister is with another family.

The brothers said their father died in 2012 and cremated him.

Police are bringing in more help, including an archaeologist, on Friday with the extremely tedious task of clearing the house and looking for any evidence of what happened inside and sifting through the dirt in the yard to the ‘outside.

“We’re going to have to bring in teams of experts to empty this residence,” Chief Herion said. “We will have detectives outside as objects come out of the house, each piece of evidence will have to be evaluated, read and determined whether or not it is of value.”

The two brothers were taken for a physical and mental assessment in a hospital, but were not placed under arrest. But that could change if evidence of human remains is found on Saturday, as covering up a death is a Class 4 felony in Illinois.

But the process of digging up the bodies is complex, with many unknowns.

â€œThey take scum of dirt, they put it through the sieves, they sift that dirt to find any kind of evidence, and they do very slow, methodical steps by hand,â€ he said. .

The chief said the brothers were released about two hours after being taken away for their mind control, which was a surprise. The city is now paying for them to stay in a hotel as the investigation continues.

The Lyon Police Department is working with the Cook County District Attorney to open an investigation.

Police said they are currently treating this as a homicide investigation, but warned the brothers could tell the truth.

The 30 universities with the largest endowments