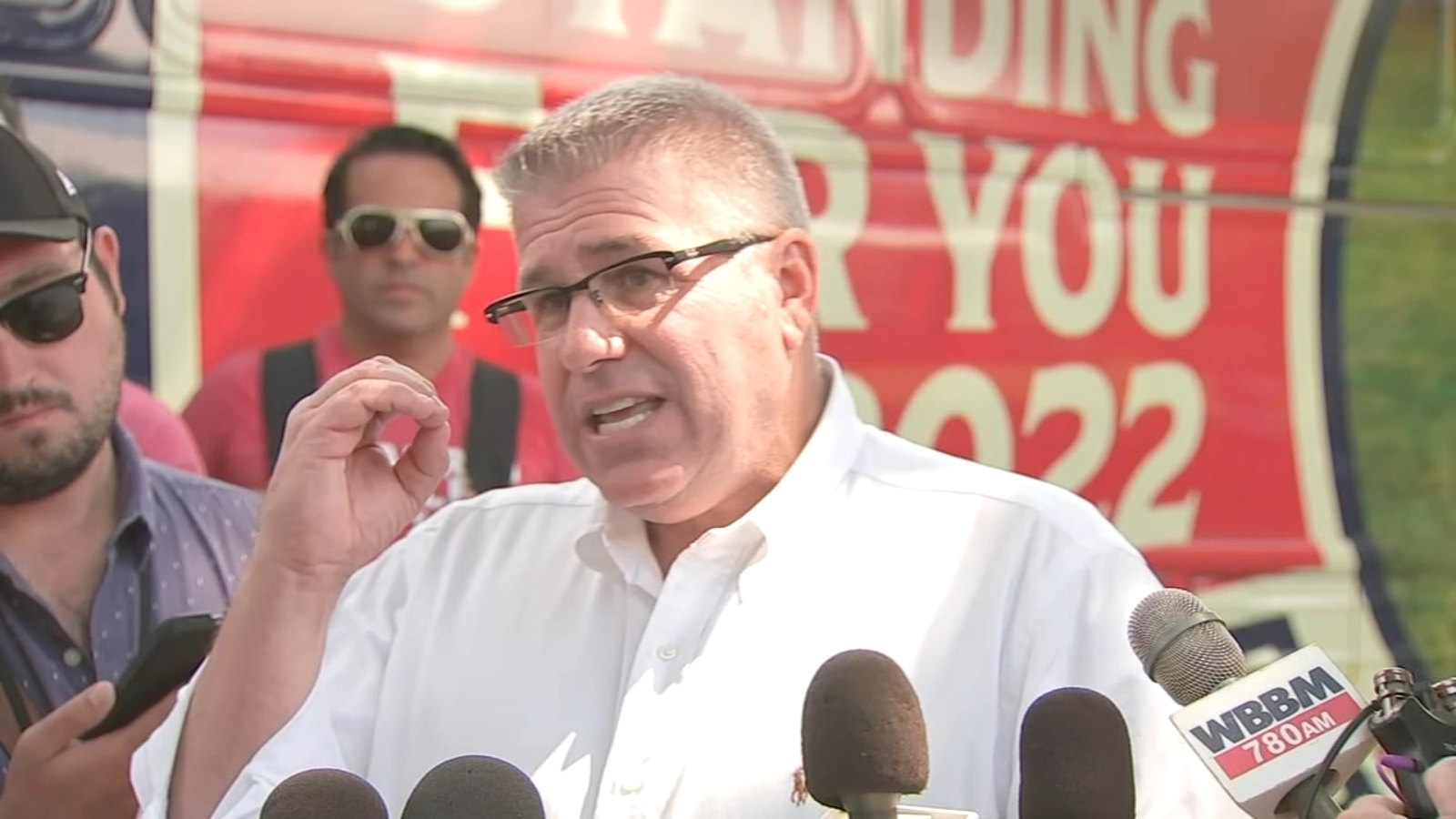 Bailey was also working to restore party unity and enthusiasm after a difficult primary election.

Part of Darren Bailey’s message is to project Republicans as the workers’ party and Democrats as the party of an out-of-touch billionaire.

Bailey was hoping to rack up votes with a grand entrance, arriving at the state fair in a green tractor he had borrowed from a friend.

Republicans are trying to show unity after a party-divided primary.

“We had a unity event last night and I think everyone surrounded Darren wholeheartedly, saying, here’s the last person standing between JB Pritzker and another four years of ruin from Illinois,” he said. said former gubernatorial candidate Jesse Sullivan.

House Republican Leader Jim Durkin – who supported Richard Irvin in the primary – did not mention Bailey by name during his speech. Instead, he focused on attacking Democrats.

“Republicans are here to serve people, to improve your life, your children’s lives, your grandchildren’s lives, and to protect your future,” Durkin said. “The Democrats, well let’s talk about them. It’s about getting rich and feeding off the public trough.”

Republicans have said that despite all the talk Democrats have about abortion, the Supreme Court’s decision will not impact Illinois.

“The main issues are crime, the economy and the inflationary policies of the Democrats,” said former gubernatorial candidate Jeanne Ives. “So that’s where people are looking to vote. Abortion is low on the list of concerns.”

Bailey hammered home his message that Democrats are soft on crime.

“Chicago, this once great city, didn’t become hell just because of Lori Lightfoot and Kim Foxx,” Bailey said. “Starting with JB Pritzker, our leaders are all in cahoots.”

The downstate farmer then doubled down on his comments after the rally.

Bailey said he believes the party will rally around him, and while enthusiasm among some mainstream Republicans might be low, the hope of defeating JB Pritzker is something that will certainly work in Bailey’s favor.