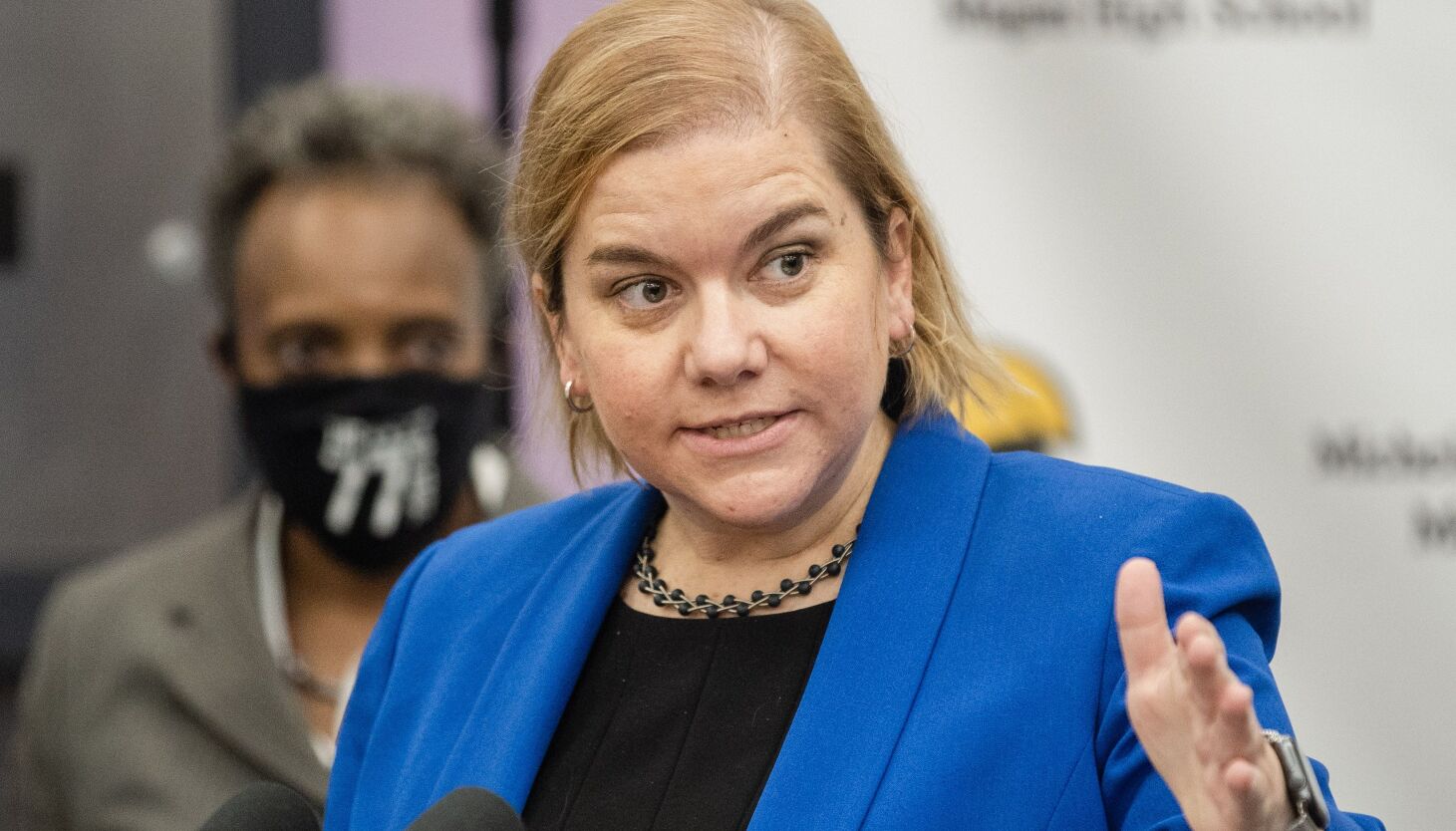 Two weeks after Illinois’ COVID-19 numbers began trending in the wrong direction, the state on Tuesday reported its highest number of daily cases in nearly a month.

While the 1,798 new infections recorded by the Illinois Department of Public Health were the most in a day since March 11, the coronavirus rebound has been even more pronounced in Chicago. Average daily cases are up 33% in the city from last week, with around 284 people testing positive each day.

Cases have been on an incline since March 21, but it’s still ‘nothing alarming at this point,’ Chicago Public Health Commissioner Dr. Allison Arwady said of the mini-spike caused by sub-variant BA.2.

“I think it’s probably going to be more like what we saw, you know, during Alpha and during Delta, as opposed to what’s really out of control [surge] that we saw during Omicron” in early January, Arwady said during an online Q&A.

New cases of COVID-19 per day

The city’s top doctor says there’s “nothing unexpected” about the surge, as Omicron’s most infectious subvariant becomes nationwide dominant – and more and more more people take off their masks. Governor JB Pritzker lifted his statewide indoor mask mandate on February 28.

“We expect this gradual increase to continue in the near future, but we don’t see signs of a major increase,” Arwady said, pointing to the city’s seven-day average positivity rate of 1.6. %. It is up from 1.2% last week, a modest increase in line with increases seen in northeastern states that generally showed signs of surging before reaching the Midwest – and far from the peaks double digits currently hitting parts of Europe.

“[It’s] definitely something we will continue to monitor, but with each passing day I feel more confident that we can escape a very strong surge right now,” Arwady said.

Severe cases remain low, but these measures generally follow increases in cases by a few weeks. Illinois hospitals were treating 546 coronavirus patients as of Monday evening, the most since March 21, but still about 93% less than the peak of the pandemic earlier this year. The state has averaged 12 COVID deaths per day over the past week, down from 13 the previous week.

Hospitalizations and deaths remain near pandemic lows in the city, averaging about eight new hospital admissions and less than one death per day.

Arwady expressed concern about lagging vaccination rates in Chicago’s black community. Only about 62% of black Chicagoans have been vaccinated, compared to 85% of Asian and Asian-American residents and about 76% of Latinx residents and white residents.

“They are our best protection against serious consequences, such as hospitalization or death,” Arwady said.

National studies have shown that unvaccinated people are 21 times more likely to die from COVID than fully vaccinated and boosted people.

“We have a broken system”