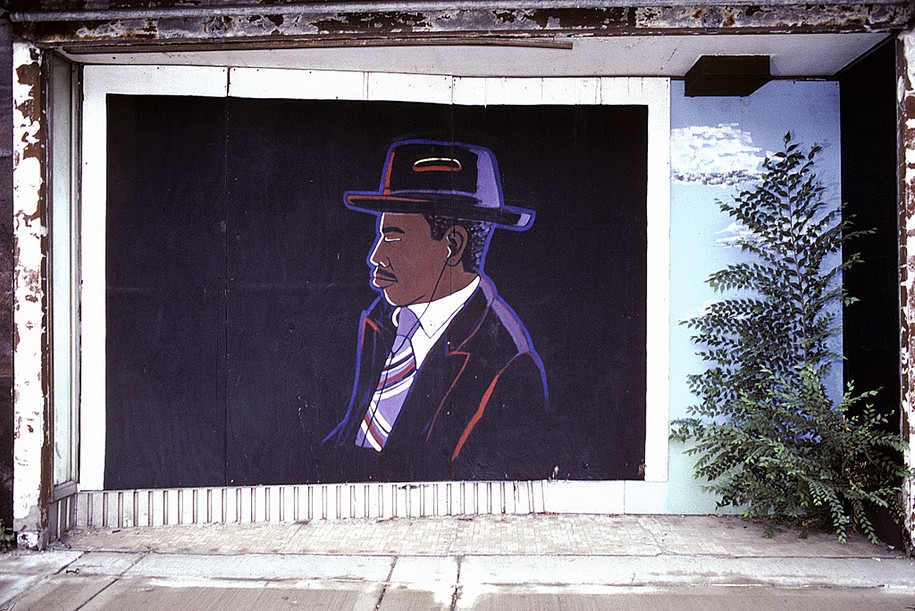 Chicago and the Urban Electric Blues

Black writers have talked a lot about the blues. Ralph Ellison wrote, “The blues is an impulse to keep painful details and episodes of brutal experience alive in one’s painful awareness, to feel its jagged grain and transcend it, not by the consolation of philosophy but by extracting an almost tragic, almost comic lyricism. As a form, the blues is an autobiographical chronicle of personal catastrophe lyrically expressed.

The blues is an art of ambiguity, an assertion of the irrepressibly human over all circumstances, whether created by others or by one’s own human failing.
—Ralph Ellison, author of “The Invisible Man” (1952)#quotation #music #book pic.twitter.com/bnG7FRk1JO

Langston Hughes put it simply, “The blues had the pulse of people going on.”

Dakota A Pippins, writing for the Jazz History Tree, has this brief summary of the Chicago Blues:

Originating in Chicago, Illinois, Chicago blues is an electric blues style of urban blues. Urban blues evolved from classic blues following the great migration of African Americans, sometimes both forced and voluntary, fleeing the poverty and oppression of the south to the industrial cities of the north.

Urban blues began in Chicago and St. Louis as music created by part-time musicians playing on the streets, at rental parties, and other events in the black community. The Chicago blues was heavily influenced by the Mississippi bluesmen who came to Chicago in the early 1940s. The development of the blues to the Chicago variety arguably progressed from country blues, to city blues, to blues urban. Chicago blues is based on the sound of the electric guitar and harmonica, with the harmonica played through a PA system or guitar amplifier and both heavily amplified, often to the point of distortion. It also features a drum and bass rhythm section (double bass first, then bass guitar) with piano, depending on the song or performer.

Chicago’s early blues clubs were mostly in predominantly black neighborhoods on the south side, with a few in smaller black neighborhoods on the west side. New trends in technology, chaotic streets and bar bands adding drums to an electric mix have spawned a new club culture. One of the most famous clubs was Ruby Lee Gatewood’s Tavern, known to patrons as “The Gates”. During the 1930s, virtually every big-name artist played there.

In 1947, every Friday, Saturday and Sunday night for 6 months, Club Georgia (located at 4547 S. State, Chicago), staged a blues battle between Sonny Boy Williamson I and Lonnie Johnson. The Battle of the Blues was announced in the Chicago Defender. Sonny Boy was murdered in 1948. pic.twitter.com/41yGyCDpDb

You can take a visual tour of some of the clubs that were part of Chicago’s blues scene via the American Folklife Center’s Library of Congress, Chicago Ethnic Arts Project Collection.

Writers like Hughes and Ellison aren’t the only blues commentators. Musicians like Uncle Johnny Williams, seen here in a clip from Phil Ranstrom’s 2006 documentary film, Cheat You Fair: The Maxwell Street Story, has its own point of view. He says:

“I’ll tell you how the blues was born. We come the hard way. We’ve been slaves here for four hundred years…we’re coming in the hard way and a blues is what you feel. I sang the blues and cried because you feel sorry for yourself and you’re abused…and the black man…that’s what the blues come from him. He sang as he felt.

Here’s a longer excerpt from the film that explains why Maxwell Street played a role in the birth of the Chicago blues:

Uncle Johnny can be heard on this recording of the film’s soundtrack, And It’s Free: The Life and Times of Chicago’s Legendary Maxwell Street:

One of the most fascinating blues documentaries I’ve seen in Chicago was produced in 1972 by Harley Cokeliss, who grew up in Chicago and moved to England to study at the London Film School. It is still available on DVD and YouTube:

The film features commentary from activist/comedian Dick Gregory, an off-the-charts Buddy Guy solo, and Muddy Waters singing “Hootchie Cootchie Man”. In his interview, Waters said of himself, “I think I was the man who prepared Chicago for the real blues.” He also talks about Lightnin’ Hopkins and John Lee Hooker. Of BB King, he says, “He only sings urban blues…a class above me.

PBS American Masters also did two major blues shows—can’t be satisfiedon the life and music of Muddy Waters, and Buddy Guy: The Blues are chasing the Blues.

Unfortunately, I cannot publish them here. Those of you with PBS subs can watch them. Grunge, however, has a fairly comprehensive article on his life and some of the mystery surrounding him, written by William J. Wright in 2021:

Few musicians occupy such an important place in the history and development of the blues as McKinley Morganfield. Better known by his stage name, Muddy Waters, Morganfield left the cotton fields of Mississippi in the 1940s for better opportunities in the North. Taking the country blues of the Delta with him, Waters made a practical decision that would revolutionize music. By putting aside his acoustic instrument and embracing the potential of the amplified electric guitar, the bluesman would help develop a sophisticated, urban blues form that would lead directly to the development of rock ‘n’ roll in the 1950s. true story of Muddy Waters, father of the Chicago Blues.

Without further ado, let’s listen to Muddy Waters and Buddy Guy, Play with the BluesLive at the Montreux Jazz Festival in 1974:

I hope this Chicago blues story piques your interest in joining me in the comments section below, to hear more blues and to post some of your favorite Chicago bluesmen and women.