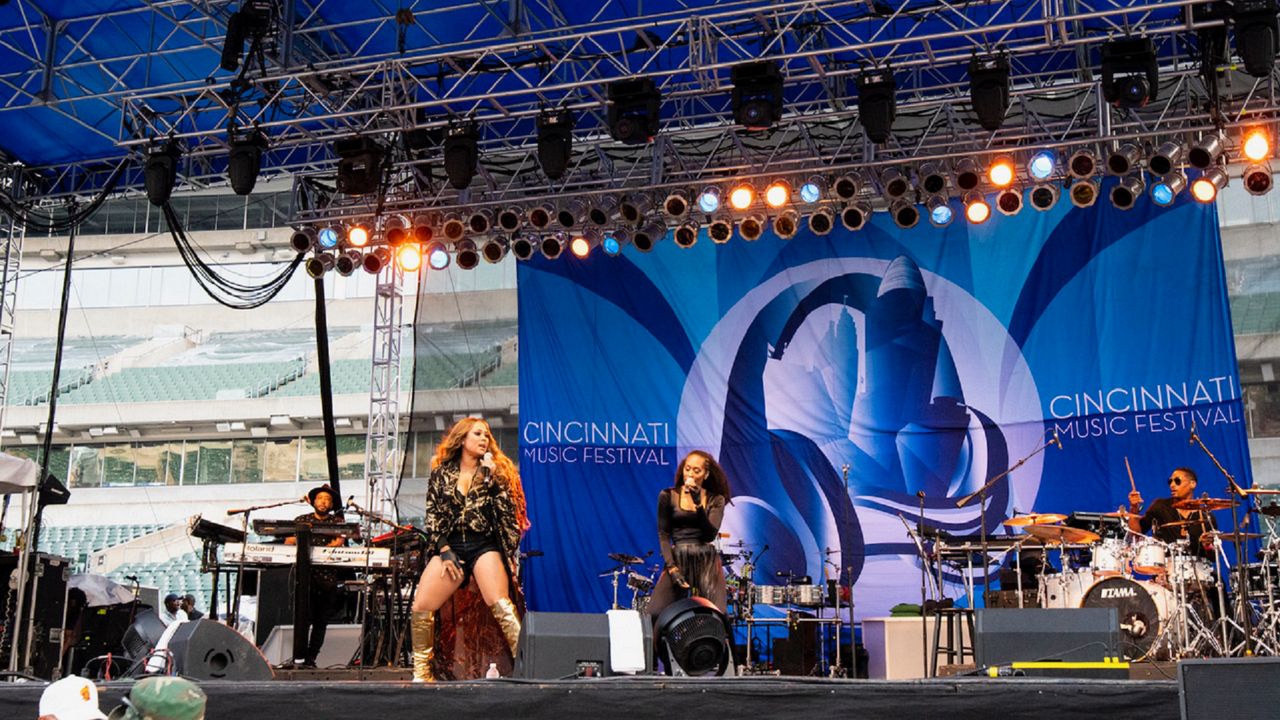 After 2 years of waiting, the Cincinnati Music Festival is about to return

CINCINNATI — After a two-year hiatus, Cincinnati’s famed music festival returns to the banks of the Ohio River this weekend.

What do you want to know

The weekend concert takes place from Thursday July 21 to Saturday July 23. Janet Jackson is headlining the event, but there’s a full weekend of acts that make up some of the biggest and most up-and-coming names in R&B music, like Ari Lennox, Charlie Wilson, the O’Jays and BJ the Chicago Kid.

Thursday’s performances are held for the first time at the Andrew J. Brady Music Center. Friday and Saturday shows are held at the nearby Paul Brown Stadium.

The Santangelo Group — which also promotes the Hampton Jazz Festival in Hampton, Virginia — has had a hand in producing the festival since 2005. But it dates back to 1962 when it was called the Ohio Valley Jazz Festival.

Over the decades, the Cincinnati Music Festival has evolved from an all-jazz concert to a celebration of R&B, jazz, soul, and hip-hop.

Today it is one of the largest festivals of its kind in the United States.

Mary J. Blige and Bobby Brown headlined the last Cincinnati Music Festival of 2019. That year, they sold over 70,000 tickets in total over the weekend.

However, these visitors are not only buying concert tickets. They eat in restaurants, stay in hotels and shop at local businesses.

A study commissioned by Visit Cincy – the local convention and visitor bureau – put the annual economic impact of the festival at $107.5 million.

Julie Calvert, president and CEO of Visit Cincy, described the Cincinnati Music Festival as having the biggest tourism impact of any annual event for the Cincy area. So the pandemic has robbed the city of more than two years of great entertainment.

“Our hotels will be full, our restaurants will be filled, and visitors will explore our attractions and experiences planned for the weekend,” she added.

Calvert and his team are working with city and county authorities to ensure that “the hospitality red carpet is rolled out as always.” Part of this process is making sure events are happening throughout the weekend.

Many events and organizations plan programming around the week of the festival. This includes Black Tech Week July 18-22, which debuts in Cincinnati and the grand opening of the Cincinnati Black Music Walk of Fame on July 21.

Other related events include the Queen City Foundation 5K and Cincy Soul, often referred to as the Black Taste of Cincinnati, in Fountain Square.

New this year is the Un-Told Speaker Series, which will focus on stories of diversity and empowerment. There will be a “Women’s Liberation Workshop” at the Center for Contemporary Art and Raekwon the Chief, a founding member of the Wu-Tang Clan, will address a crowd at the Westin Cincinnati.

A panel discussion on discovering African ancestry featuring historians and a representative from Uncle Nearest, a Tennessee whiskey brand, will also take place at the Westin. The name of the whiskey brand pays homage to the legacy of Nathan “Nearest” Green, a former slave who is said to have taught a young Jack Daniel the art of distillation.

“Diversity, equity and inclusion are integral to how we connect our residents and our community to visitors who travel here,” said Calvert. “The more we develop a diverse and inclusive dialogue in our region, the more we fulfill our mission to create a welcoming destination for all.

The Cincinnati Music Festival provides a great opportunity for black and brown businesses to showcase their products and services to a national audience, according to Eric Kearney, who heads the African American Chamber of Commerce.

He gave the example of Festival513, which gives small business owners the opportunity to sell merchandise and food on Freedom Way in front of Paul Brown Stadium during the Cincinnati Music Festival weekend. Now in its 16th year, Festival513 presents nearly 100 booths this year.

But it’s not just about existing entrepreneurs and businesses, Kearney said. He believes the festival gives the city national recognition.

“It shows that Cincinnati can put on great events and we can do them successfully. And we can do that in an inclusive environment,” he said.

It’s a huge opportunity to attract talent, Kearney said. He thinks that’s part of the reason why companies, like Procter and Gamble and Kroger, decide to sponsor the events. P&G has presented the music festival since 2015.

P&G and Kroger are bringing back the CMF Outdoor Museum this year with help from ArtsWave, 3CDC and AGAR.

Five painters spread around the stadium will capture their interpretation of the festival and what they see on stage. A team of artists will travel to Washington Park at Over-the-Rine on Saturday, July 23 to create an outdoor gallery focused on what organizers called “the energy and excitement of the music festival.”

After the festival, the 15 works of art will remain on display at the park for a long time. The pop-up museum will then be displayed along Court Street.

“It’s a big draw, not just from a marketing and tourism perspective, but also from a talent and business perspective,” he said. “When you visit a city, you instinctively ask yourself: ‘Can I see myself here?’ I like to think that when people visit Cincinnati, the answer to that question is ‘Yes’ more often than not.