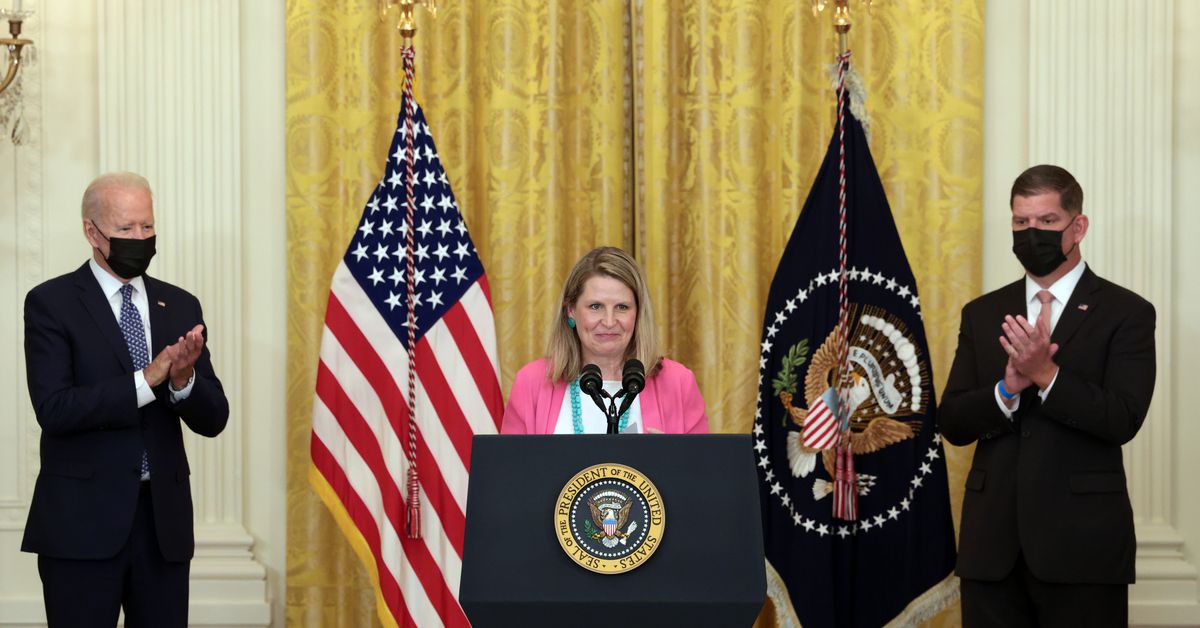 While flying to Phoenix Sky Harbor International Airport recently, I spotted the ramp attendants on the tarmac, unloading bags and doing security checks on the plane in the 115 degree heat. Most of the passengers were eager to disembark, ready to head to baggage claim, regardless of the work going on all around them to make their trip a reality.

Workers re-evaluate pre-COVID job and refuse to accept substandard job. As a result, wages increase, hours are more humane, and benefits increase. Millions of new jobs for workers, most of them unionized, will result from the $ 3.5 trillion budget bill that goes through Congress. The latest Gallup poll found that 68% of Americans – and 77% of 18-34 year olds – have a positive opinion of unions. And the devastating pandemic has taught America that without nurses, first responders, teachers, grocery clerks, truck drivers, postmen, and essential heroes, we would be absolutely nowhere.

These positive developments are not enough to turn our economic ship around. For decades our economy has undermined workers. Income inequality remains at an all time high. The middle class is hollowed out and more difficult than ever to penetrate.

This economic system, neither sustainable nor equitable, creates instability and threatens democracy. Whether it’s out of self-interest, moral outrage, or both, it’s not in anyone’s best interests that this slide continue.

So welcome to a modern labor movement.

A modern labor movement begins by putting good jobs and workers at the center of our national conversation – where it was, when work was culturally respected and economically rewarded. It focuses on creating and protecting good unionized, predictable and desirable jobs that support middle class life.

A modern labor movement prioritizes inclusiveness, reflecting the radically diverse and talented work force comprised of women, people of color, immigrants, LGTBQ people and other historically marginalized groups. It dismantles systemic racism, structural barriers and other fatal flaws in our economy and society, wherever they exist.

A modern labor movement embraces innovation, experimentation and change at the pace of a modern economy. It ensures that workers have a say in the development and deployment of new technologies such as AI, machine learning and advanced manufacturing that will drive future growth.

A modern labor movement is organizing both locally to increase union membership and advocating for legislation in Washington DC, including securing voting rights, rebuilding our infrastructure and fixing our laws breaches through the PRO Act, which is essential to protect the right of workers to organize.

With all we need to accomplish, our modern labor movement will need a steady hand to tackle difficult issues directly. As the new president of the AFL-CIO and its first female leader, I have prepared for this moment all my life.

As Secretary-Treasurer for 12 years, I have been honored to lead many of the AFL-CIO’s most recent and productive breakthroughs. For example, I have brought together a wide range of unions to work together and spend $ 86 billion in pension relief that will boost retirement security for millions of working families. I was proud to work with unions from all sectors to establish the AFL-CIO Institute of Technology, now in partnership with MIT, Stanford and Carnegie-Mellon, to co-create worker-centric tech jobs. I took personal joy in throwing Following, a program that recruited young workers nationwide to organize for change and develop the next generation of leaders. And by working with our building trades unions, I helped negotiate an innovative clean energy deal with a major international wind developer who is a model for well-paying, unionized jobs all along the East Coast.

Unions are in my DNA. My dad was unionized and I organized alongside my mom to fight for office workers who wanted a voice at work. My parents worked hard and in return we led a decent middle class life. But then Enron acquired our local utility and his reckless behavior drove the company into bankruptcy and turned my father’s pension into a penny, just as he was about to retire. Decades of abandoned work. This motivated me to join the IBEW as a full time local organizer, and I have never looked back.

I have experienced firsthand the benefits of good union work and the cruelty of laws and rules against workers.

Today, many companies and unions are constructively associating themselves, but in the economy in general, it is too often the exception and not the rule. These partnerships should be the model for the future, based on a shared understanding that fairness and decency translate into prosperity and stability for workers, businesses and, ultimately, the nation.

Every day, millions of Americans come to work, grateful for a job. But we can and must do so much better. A good job is what we want for ourselves and our children. Good work can be life changing: it brings people together, builds families and starts careers. Good work, made possible by unions, is arguably the most powerful social tool ever invented. It is the surest way to build human dignity, unify communities, energize our economy, strengthen our democracy and reduce inequalities. This is the mission of a modern workers’ movement. And this Labor Day, that’s our commitment to every worker in America.

Liz Shuler is president of the 56th union, the AFL-CIO, which has 12.5 million members, the United States Federation of Labor.