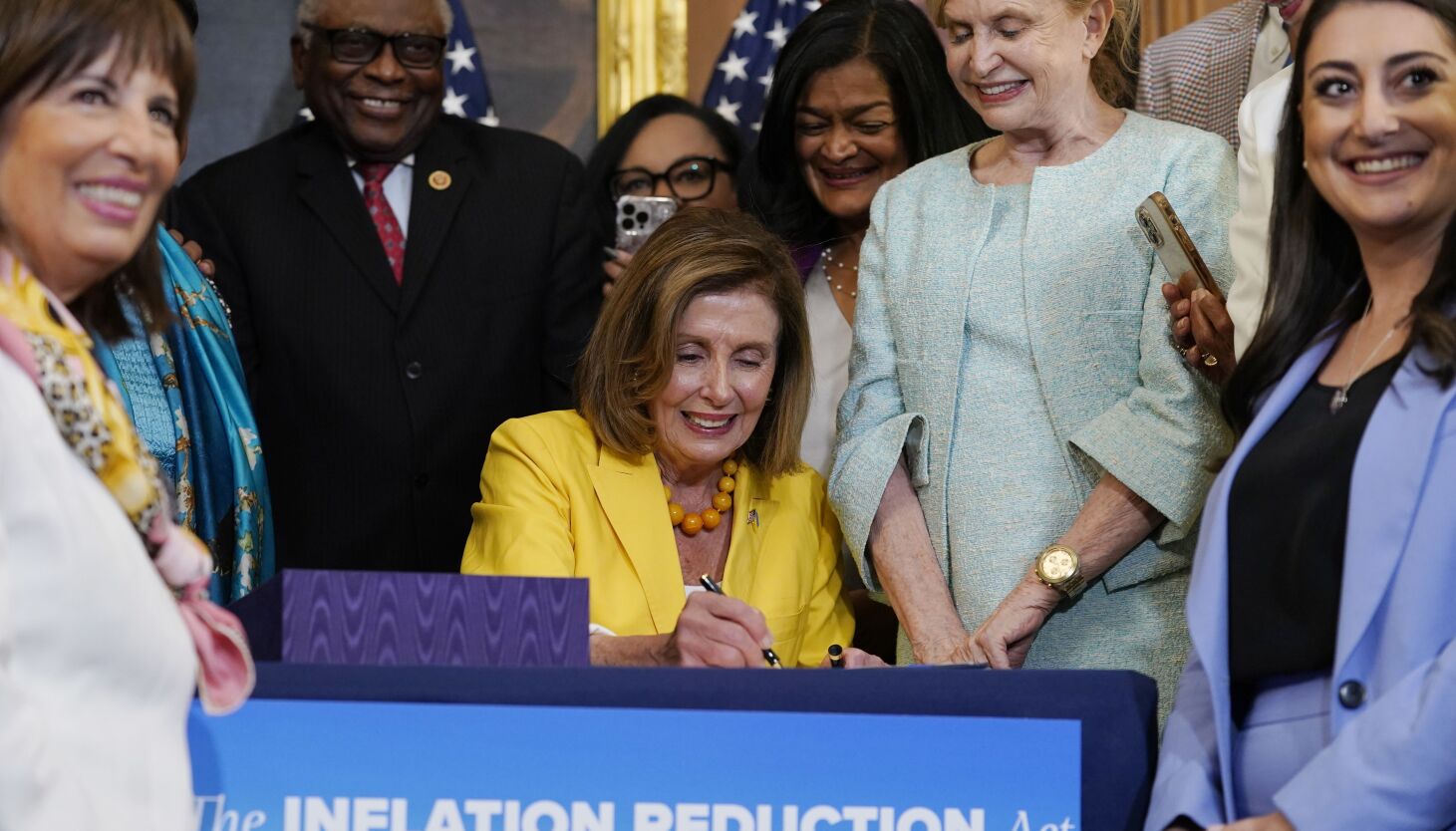 We could all benefit from good news from Washington. I do not have. The Senate’s passage of the Reducing Inflation Act this month is good news for families, the economy, the planet and even our democracy. The House then passed the bill as well, giving Congress and President Joe Biden a major victory this summer.

This is a big deal.

For starters, this is the biggest investment in the fight against climate change in the history of our country. The bill invests $360 billion in the development of clean and affordable energy sources.

It creates tax breaks if you buy an electric vehicle. Proponents say it will cut carbon emissions by 40% in just eight years; great news for our children and grandchildren, but also great news for all of us right now. Because not only will we have cleaner air and measurable progress against climate change, investing in renewable energy generation should save families money on their electricity bills. It also means that we should suffer less from the ups and downs in oil prices caused by unrest in unstable parts of the world.

I especially like the parts of the bill that include money for cities particularly affected by climate change and for Native American communities. The damage caused by climate change is not shared equally. This bill recognizes that and does something about it.

The bill also promises to put more money back in families’ pockets by using the government’s bargaining power to lower Medicare prescription drug prices. This is great news for seniors in our communities.

And it tackles a nagging problem we’ve had for years: getting big corporations to pay their fair share of taxes. The bill creates a minimum tax of 15% on corporations that make more than $1 billion in profits. This gives the IRS more money to collect taxes from large corporations and wealthy individuals who use legal loopholes and tricks to avoid paying what they owe.

The bill will also put downward pressure on inflation. It may take a little time to see the full effects, but saving families money on healthcare, prescriptions and energy – while reducing the deficit – is a firm push in the right direction. for the economy.

The invoice is not perfect. Due to the political compromises needed to get it passed, some important pieces were dropped. For example, it does not extend the federal child tax credit enacted as part of the COVID relief, which has had a significant impact on children living in poverty.

There is still work to be done, but this bill shows what serious and committed public servants — in this case, Senate Democrats — can accomplish when they work together.

If there is a cloud around this silver lining, it is that no Republican senator voted for this bill. Not one. Perhaps they fear antagonizing the big pharmaceutical companies, which have fought tooth and nail to drive down drug prices. Maybe they think voters will forget by November. But I don’t think they will.

I don’t think Americans will forget who voted for lower drug prices, clean energy, and making billionaires and corporations pay their taxes — and who didn’t.

We hear a lot about the growing rift between the two major American parties. But there is a difference between politicians and voters. Kansas residents just voted to protect the right to abortion care under the state constitution in the face of efforts by Republican lawmakers to impose a comprehensive ban on abortion. I think there are a lot of people – including Republicans – who need to cut drug costs and energy bills, and think America’s wealthiest people and corporations shouldn’t get a free pass to avoid paying their fair share of taxes.

When we walk into the voting booth, we vote for individuals. And these people have voting records. This fall, voters will be able to decide whether our elected representatives serve us or work against our best interests, our families and our future. If your congressman doesn’t put you first, you can vote him down. If they do what’s best for you, you can fire them. And that’s the best news of all.

Ben Jealous is president of People For the American Way and a professor at the University of Pennsylvania.

Roseland’s Michigan Avenue Could Get Gorgeous Under New City Plan