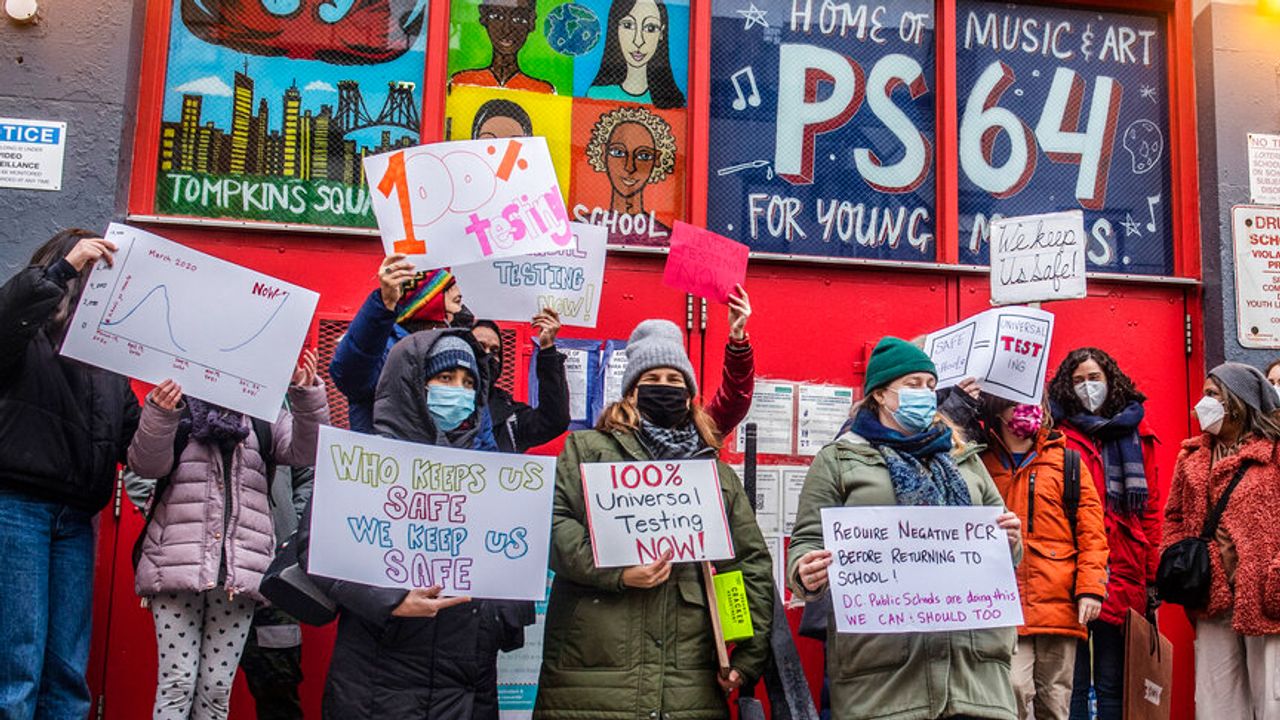 Michigan Educators and Students: Join the Fight to Close Schools and Stop the Pandemic!

The Michigan Educators Rank-and-File Safety Committee (MERFSC) held a joint meeting with the University of Michigan International Youth and Students for Social Equality and the Chicago Educators Rank-and-File Safety Committee on January 12. Following the meeting, which was attended by educators, parents, and students from Michigan and Illinois, MERFSC adopted the following statement.

The Michigan Educators Rank-and-File Safety Committee is calling on teachers, students, and parents across the state to demand an immediate halt to all in-person learning to protect the health and safety of educators, our students, and communities.

As in other states, the spread of the Omicron variant in Michigan is completely out of control. According to the Department of Health and Human Services, another 251 state residents died Thursday and Friday and another 37,114 were infected. Hospitals are filling to capacity, with 84% of intensive care beds occupied. A federal emergency medical team has been dispatched to Henry Ford Hospital in Wyandotte to help understaffed and exhausted medical workers.

The so-called “mild” variant has put at least 140 children in hospital with confirmed or suspected infections.

Tragically, we lost Omeka Bradford, a 17-year-old student from Kalamazoo Central High School, on January 11 after a nearly two-month battle with COVID. The committee sends its deepest condolences to the family and friends of Omeka for your terrible loss. We pledge to redouble our efforts to mobilize educators, parents and students to prevent these unnecessary deaths and protect other children from the long-term disabilities associated with this horrific virus.

“We haven’t seen the worst, I’m afraid,” Michigan Chief Medical Officer Dr. Natasha Bagdasarian said last week, noting that research predicted “we’ll peak by the end of January, maybe -be at the beginning of February”. Even if it did, it wouldn’t be the end of the pandemic. “There will be variations after Omicron,” Bagdasarian said. “The more the virus spreads, the more mistakes and mutations it makes, and we don’t know what those mutations will look like and how that will affect the behavior of the virus.”

Data from Michigan, the United States and around the world show that schools are one of the main vectors of airborne transmission of this deadly disease. Last week, there were 203 ongoing outbreaks in Michigan schools, compared to 162 in nursing homes and other long-term care facilities.

The number of infections in Michigan is nearly double what it was in November 2020, when schools were closed. It’s madness to keep them open now! But that’s exactly what Governor Whitmer and state and local officials of the two big companies are doing.

Kalamazoo and most other districts in the state kept children in overcrowded and poorly ventilated classrooms. On January 18, schools in Lansing and Grand Rapids will fully reopen, along with most schools in Ann Arbor.

Some 50,000 Detroit students will resume in-person classes as early as Jan. 24, after the state’s largest district was forced to walk away due to a 40% test positivity rate and a illness affecting one in five school employees. Flint schools are also set to reopen on January 24.

Despite requests from thousands of students and faculty, the University of Michigan is continuing with in-person classes, while students at Michigan State University and Eastern Michigan University remain online for another one or two weeks.

The decision to open schools is not driven by science, but by the economic interests of powerful corporations, including the automotive industry. This was spelled out on the state government’s own website, which said: “Without schools, our economy cannot function at full capacity. Parents rely on schools to provide safe places for children to learn and grow so they can go to work. But neither the schools nor the factories – where thousands of workers are sick – are “safe”.

The Biden administration has abandoned any pretense of fighting to stop the pandemic. Instead, he fully embraced “herd immunity,” the anti-science theory that the pandemic will simply die out after it has no more people to infect. The result of such a horrific experiment, however, would be the infection of the entire population, millions of additional deaths worldwide, and the potential for lifelong debilitations for an entire generation of children.

As the political establishment implements a policy of mass infection, across the country and internationally, educators, parents and students are demanding the closure of schools. In Chicago, 25,000 teachers led a four-day labor action to demand virtual learning in the nation’s third-largest district. Their struggle was sabotaged by the Chicago Teachers Union, which agreed to a deal with Mayor Lori Lightfoot that would only close individual schools if 30-40% of staff or students were sick!

This is the real voice of workers and young people, which the media, corporate politicians and corrupt unions will not be able to silence. But we need fighting organizations to unite educators and all sections of workers who want to temporarily close all schools and non-essential businesses, as part of a public health policy to eliminate COVID-19 a once and for all.

It is necessary that educators, students, parents and all workers take matters into their own hands and fight to protect life, not profit. If you agree with that, we invite you to join the Michigan Educators Rank-and-File Safety Committee today.

Join the Base Educator Safety Committee!

We are building a network of educators, students, parents and grassroots workers to eradicate COVID-19 and save lives.

With a new grant, a non-profit organization in Englewood wants to help young people find good careers to support their communities