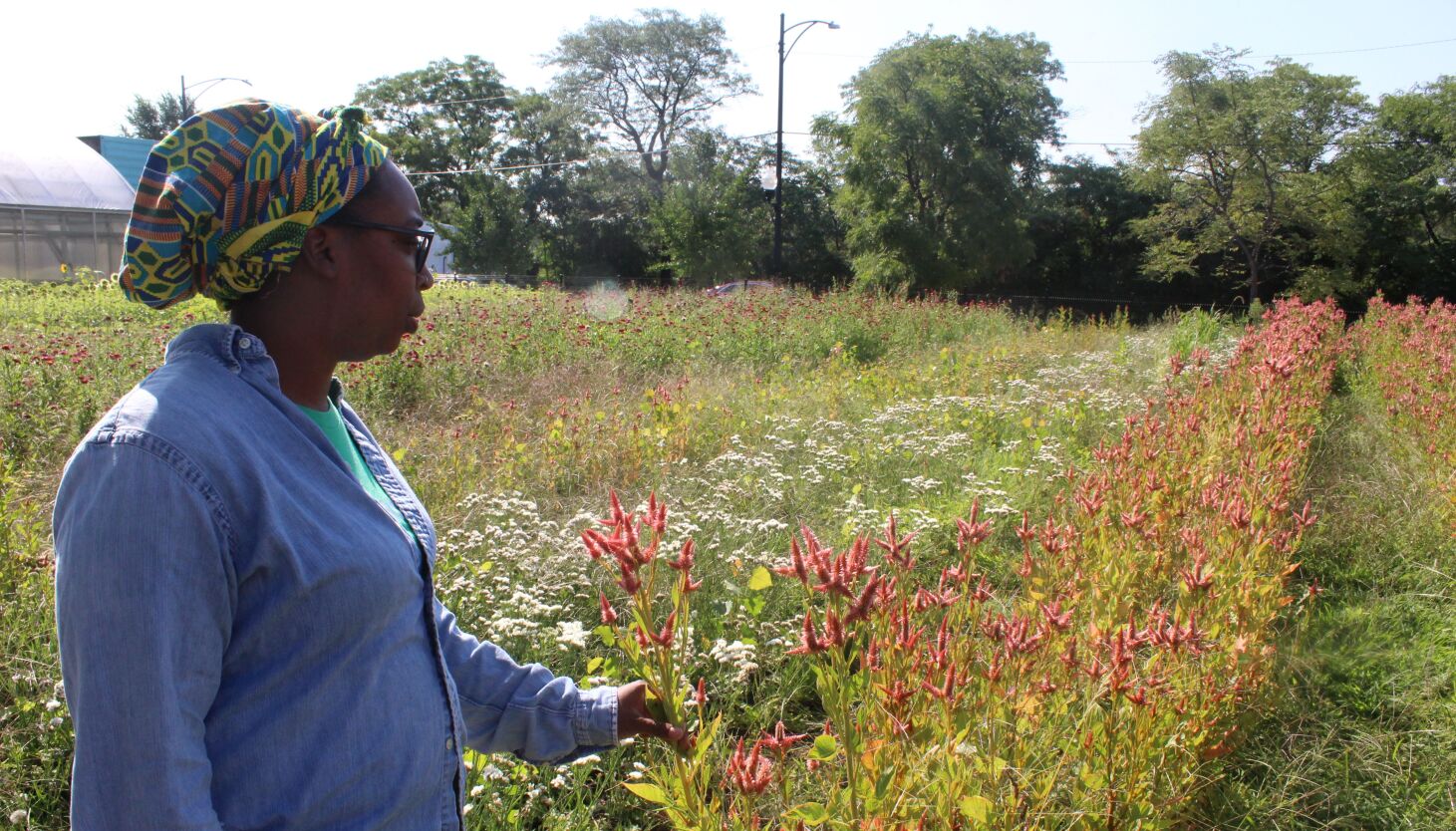 As of 2016, many Herban Produce customers thought they were doing co-owners Alicia Nesbary-Moore and Barry Howard a favor, investing their money to support the fledgling two-acre urban farm in East Garfield Park.

“People were like, ‘Oh, we’re going to have your lettuce because we feel bad for you,'” Howard laughed. “But we realized they should buy it because we have the best products in the city of Chicago.”

Unlike the majority of city farms in the Chicago area, the co-owners are determined to cultivate a real business with Herban Produce. It has not always been so. For two years, the two-acre farm operated as a non-profit organization.

“I kind of got into spaces where I felt like I was charity, and I didn’t really like that feeling,” Nesbary-Moore said. “People kept wanting to categorize me as a West Side community garden — like, ‘Do business with them because they’re from the West Side.'”

Instead, she insisted, “Do business with me because I deliver a high-quality product, and it’s hyperlocal, and you’re supporting the local economy.”

So in 2018, the farm at 2900 W. Van Buren St. became a for-profit business supplying restaurants throughout the city.

“We wanted to change the narrative away from this kind of world of poverty that feels bad for you to ‘Hey let’s empower, let’s show ourselves trying to build real business here,'” Howard said. “East Garfield Park has great people and ultimately a lot of vacant land due to population burnout.”

Howard, who said he wanted to “demystify” the area for his friends, found the vacant lots after exploring the neighborhood while visiting Garfield Park Conservatory.

Most urban farms choose not to operate for profit because farming alone is often not financially viable, Howard said.

Instead of relying solely on growing vegetables and fruits in their 15 lots, Herban Produce is also looking to other avenues. They offer tours and rent out indoor event space, as well as an outdoor space nestled within the two-acre lot.

The farm also rents space upstairs on Airbnb, where visitors can have an immersive on-site experience.

Another initiative is their Market Box, sent weekly to subscribers with a handful of farm-fresh produce, as well as a few food staples.

After the Midwestern growing seasons, Herban Produce plans to host a fall festival with a pumpkin patch and cider, to give city kids a chance to pick their own pumpkins.

“These are interesting because they taste like candy,” Nesbary-Moore said, picking a ground cherry from one of the overflowing fields. “They taste like pineapple.”

“People don’t understand how much work is involved,” she said. “It really makes you think about how we take food for granted.”

The COVID-19 pandemic, however, has tested their efforts. Previously, the farm had constant partnerships with restaurants, but due to the lack of staff, fewer are willing to maintain the connection.

While the farm is constantly looking to expand and develop, Nesbary-Moore says the pressure on urban farms is unrealistic in the face of systemic issues across the city.

“One thing about urban farms is that we’re so small,” she says. “Two acres in the city is huge, right? It’s unheard of to have so many square feet, I understand that. But I still don’t have the hundreds of acres that my colleagues have in the city. So the idea that these urban farms are going to be able to solve food problems and systemic problems is just unrealistic.

“I think at the end of the day, if a lot of people were visiting and supporting businesses like that, I think you’re now basically solving some of the violence and other issues that are out there,” he said. declared. “I’m not going to pretend to be a sociologist, but violence is a symptom of poverty, it’s not a symptom of people.”

As Illinois income and property tax refunds approach, here’s what to know about distribution, eligibility and more – NBC Chicago