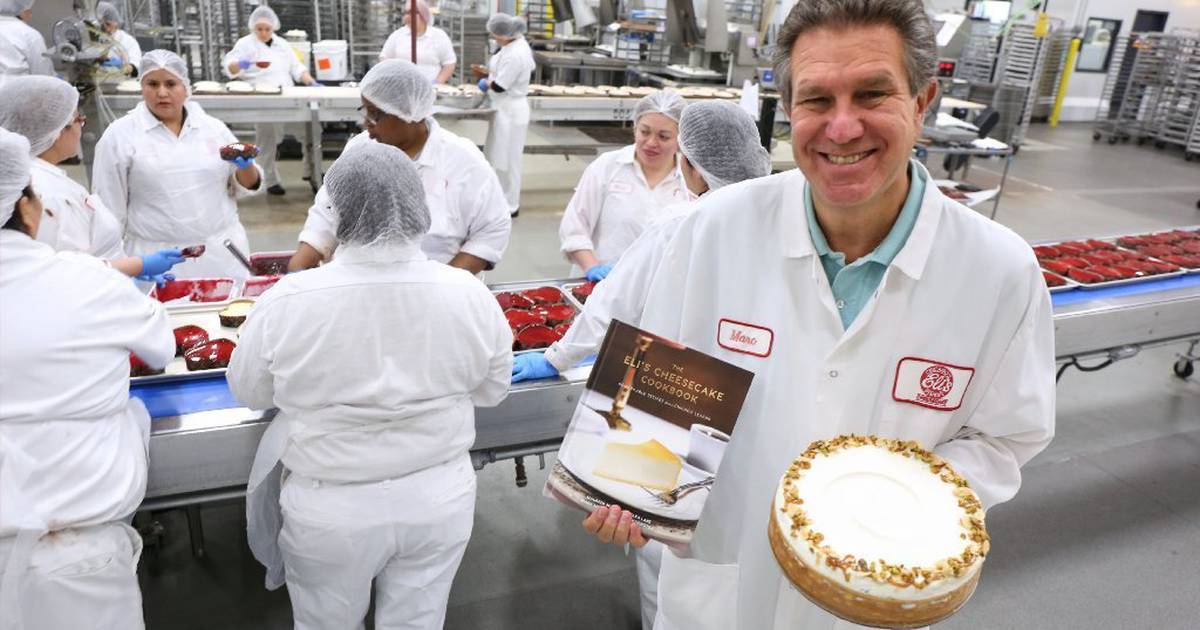 Eli’s Cheesecake Co. broke ground on Tuesday on a $9.5 million expansion to its Northwest Side production facility that will give the iconic Chicago cheesecake maker space to grow as it expands. will recover from the COVID-19 pandemic.

Chairman Marc Schulman, son of the late legendary Eli Schulman, said the expansion will give the family business some much-needed breathing room.

“Things were starting to get really tight here,” he said. Eli’s has been making cheesecakes at the Dunning neighborhood facility since 1996. But the company has grown since then, adding new products and gluten-free cooking. The extra space will allow Eli to say yes to additional growth opportunities down the line, Schulman said. The expansion is the company’s first since the 1990s.

Construction of the facility, located at 6701 W. Forest Preserve Drive, is expected to be completed in the first quarter of next year, Schulman said. The 42,000 square foot addition will bring the production facility to 104,000 square feet, which will include Eli’s offices as well as Eli’s Cheesecake Bakery Cafe.

The company has been considering expansion for many years, Schulman said.

Despite an “unusually disastrous” start to the pandemic, when a wave of order cancellations crippled business, about 90% of Eli employees were back on the job within about four months, Schulman said.

The diversification allowed the company to continue as the pandemic continued, Schulman said; in particular, Eli’s saw the share of its mail-order business reach around 10%. Chicago’s central location made it easier to ship frozen cheesecakes across the country than if Eli’s had been based on either coast, he said.

Eli’s continued to rebound, hiring about 80 people over the past six months. The company is on track to exceed the number of jobs needed to meet employment targets associated with the tax incentives it received for the project, which require Eli’s to grow from 225 to 300 employees over two years. “We’re definitely going to top that,” Schulman said. All Eli employees are based in Chicago.

Incentives include a $203,250 tax credit from the state’s Economic Development Program for a Growing Economy and the city‘s Class 6(b) property tax incentive.

More than 50 of the company’s most recent hires are refugees from Afghanistan, the company said in a press release. Eli’s has long focused on employing refugees.

The Chicago-style cheesecakes – dense and creamy, baked on a buttery cookie crust – were served exclusively at Eli Schulman’s restaurant, Eli’s The Place for Steak, until 1980, when the cakes won a resounding success at the first Taste of Chicago.

These days, Schulman estimates that about 60% of Eli’s business comes from the restaurant industry, including partnerships with airlines such as United and American and restaurant chains such as Culver’s, with which Eli’s is associated with the onset of the pandemic. The rest of the cheesecake business comes from retail sales, including at grocery stores such as Jewel-Osco and Mariano’s, and mail order.

Schulman said he is grateful the company has remained a family business with an emphasis on quality through its growth and success.

“Just because we’re producing more doesn’t mean we have to compromise on quality,” Schulman said. “These are real people baking cakes.”

Skydeck Chicago Vs. Chicago 360: Which Has Better Views?