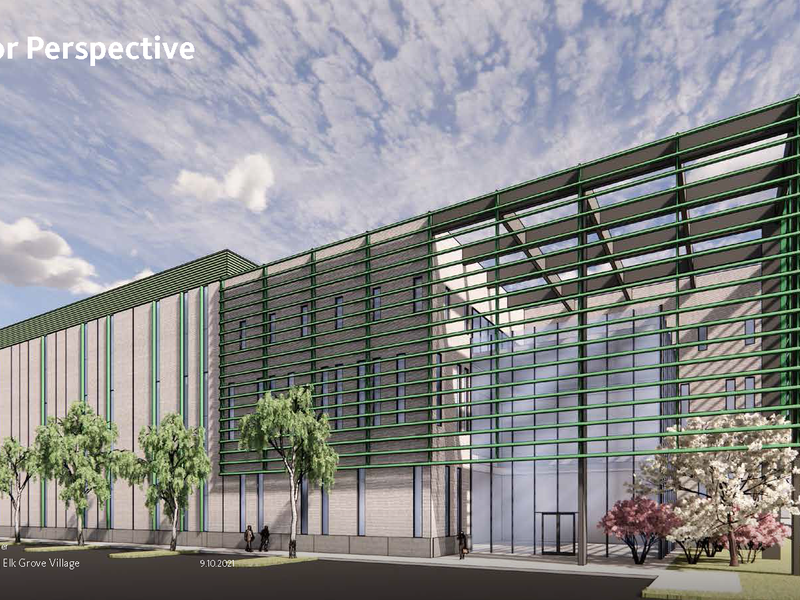 
Demand for data centers has exploded as COVID-19 has increased the need for technology services to meet an increase in remote working, online shopping and on-demand entertainment. The move towards cloud computing, in which companies move their data and software from their own computers to those owned by Amazon, Google, Microsoft and others, also continues unabated.

Data center construction in the United States hit a record high last year, according to real estate firm JLL, and it’s almost as strong this year. The amount of new data center capacity under construction in Chicago has increased significantly, increasing by 42%, to about 18.5 megawatts in the first half of this year compared to the same period in 2021, according to JLL. The net increase in total leased data center capacity in the first half of last year in Chicago nearly tripled to 20.1 megawatts.

“Growth shows no signs of slowing down,” says Andy Cvengros, general manager of JLL in Chicago.

The Prime project will total 150 megawatts when completed. This is the third major data center project announced in the village. Microsoft is building a cluster of three data centers on a 37-acre plot in the Elk Grove Technology Park. Data center company T5 is also building a facility.

Another data center developer, EdgeConneX, has a $ 300 million server farm project underway elsewhere in the suburbs.

Jim Kerrigan, general manager of North American data centers, wonders where companies will find the demand for all the capacity under construction. “The Chicago suburb will be one of the most crowded markets by the end of the year. The question is: where is the demand coming from? We have all these new developers. Are there new tenants?

The Elk Grove Village project will be Prime’s first project outside of its original base in California, said Jeff Barber, executive vice president of sales and marketing. The company has “large-scale” users, who generate massive demand typically associated with cloud computing or streaming, but Barber declined to name them.

“We are following the demand,” he says. “We have some demand in the Midwest,” he says. “We believe we have sufficient traction to find tenants to occupy this property.”

Prime is Elk Grove’s 11th data center. It will be built on a site bought by the village which includes two former hotels. The project must receive final approval from the Village Council, which is due to review it in December. Prime says he will seek tax incentives in counties and states for the project.

“We are the data center capital of the Midwest,” Mayor Craig Johnson said at the village board meeting last night.

The Prime project will generate between $ 3 million and $ 4 million in “electricity tax” for the village, Johnson said. The Microsoft and T5 projects will generate $ 7 million to $ 8 million in taxes, he said.

The village collects more in data center taxes than in sales tax. “That’s why these data centers are huge for us.”