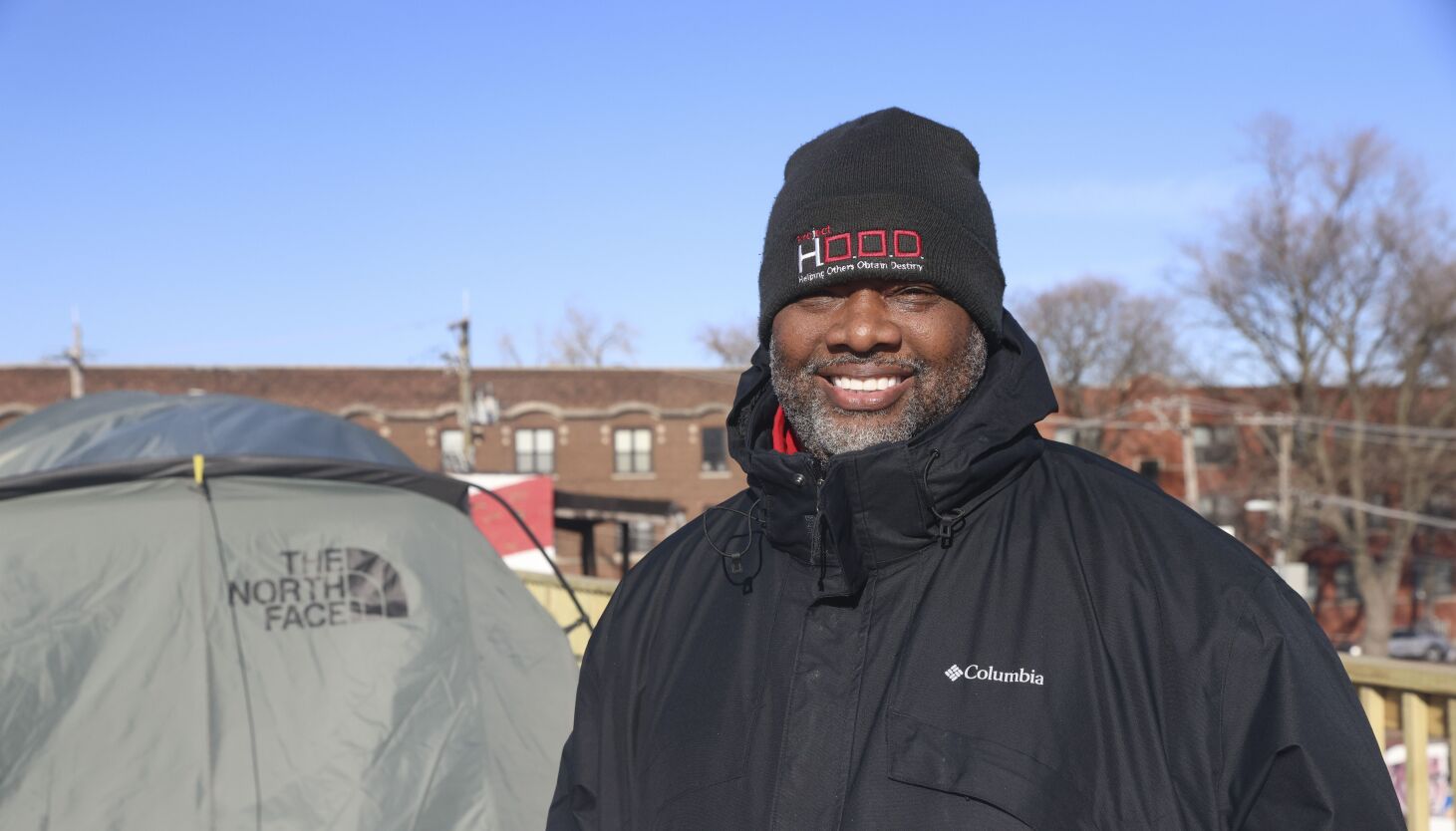 After more than 100 days of camping in the cold, Pastor Corey Brooks and Project HOOD announced a partnership with real estate developer Related Midwest to build a community resource center in Woodlawn.

The company has previously partnered with Project HOOD for summer programs and group building classes.

So when Curt R. Bailey, president of Related, and Don Biernacki, executive vice president, joined Brooks in his encampment to end gun violence on Dec. 8, Brooks said he was “able to introduce them our case and explain what we’re trying to do.

“Related Midwest and our partners are excited to enter into this collaboration and build the best possible community center for the people of Woodlawn,” Biernacki said in a statement, adding that the company calls on all members of the business community to the city to “step up and contribute to this worthy cause.

The value of Related’s aid and donation is $2 million, Brooks said. Along with an undisclosed amount of money, Related will help with the design and construction of the building.

Brooks, who has lived on top of eight stacked storage containers at 6615 S. King Dr. for the past three months, extended her stay away indefinitely last week. He said he wouldn’t go down until he hit his $35 million goal. Including the Related Midwest partnership, the total comes to $10 million.

The HOOD project has also applied for a Chicago Prize grant from the Pritzker Traubert Foundation, which could reach $5 million.

Brooks said his team submitted project plans to the city and advocated for city funding with Deputy Mayor Samir Mayekar.

“My hope and prayer is that the city will see that this is such a valuable and important project in terms of addressing violence and changing this community that they will contribute and help,” said said Brooks.

Brooks said State Senator Mattie Hunter has also invested $2 million for the project in the state Department of Commerce and Economic Opportunity budget, though those funds have yet to be released.

Once the group raises $20 million, Brooks said, they can innovate. After that, he hopes to attract more investors for the remaining $15 million.

Still, he plans to stay on the roof, send emails, make video calls and do whatever he can to increase the rest.

“I don’t know of any other projects like this going on in the city,” Brooks said. “This is definitely a project worth recognizing.”

Cheyanne M. Daniels is a reporter for the Chicago Sun-Times via Report for Americaa non-profit journalism program that aims to strengthen the newspaper’s coverage of communities on the South and West Sides.