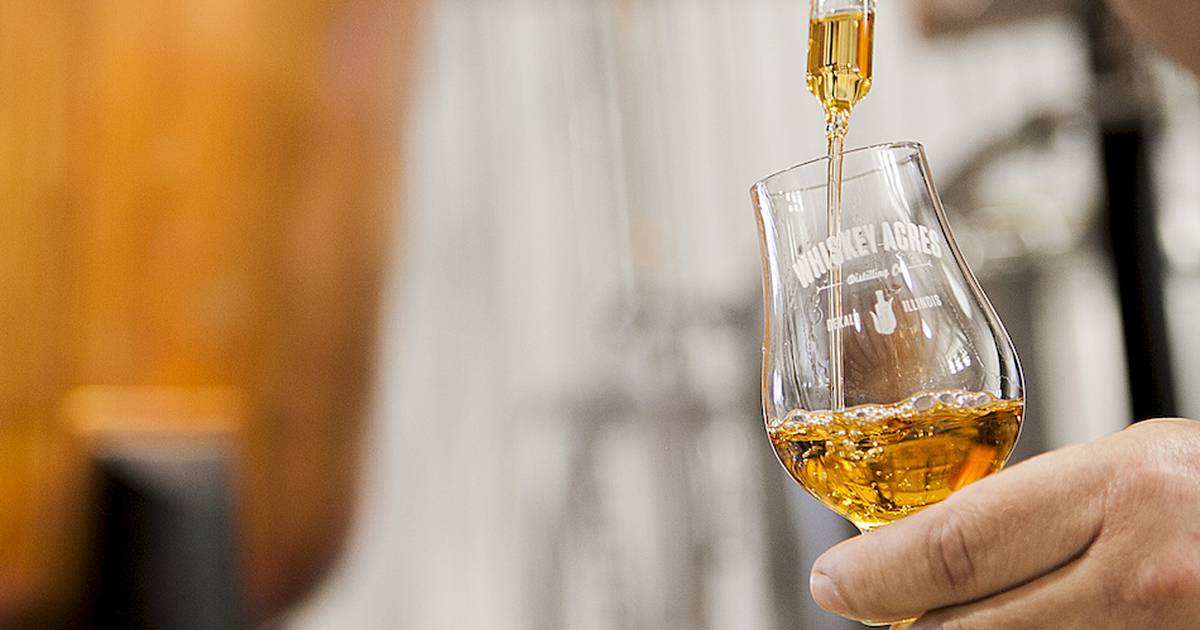 “We are very excited,” said Jamie Walter, President and CEO of Whiskey Acres. “This is, I think, our third night of professional comedy that we’ve had.”

The comedy night has been planned as an outdoor event, but if the weather threatens the program it will be moved to the distillery’s visitor center. Participants are requested to bring their own outdoor chair to sit on. Tínez Tacos, a DeKalb County business, will have a food truck on site.

Walter said the comedy night is a fun way for the distillery to raise awareness while bringing exciting entertainment to the DeKalb County area.

“We’re excited to be able to do this and hope the community supports it,” Walter said.

Admission to the comedy night is $48 and includes two cocktails plus tax and gratuity. Guests will be admitted to the Whiskey Acres property at 6:30 p.m.

The opening act will begin around 7:30 p.m. and the program is expected to end around 9 p.m. Tickets can be purchased at eventbrite.com.

Patti Vasquez, who appeared at HBO’s Las Vegas Comedy Festival, will host the 90-minute program. She is joined by Janice Rodriguez and Lele Mason. Rodriguez performed at the Chicago Women’s Funny Festival and Mason was shortlisted for NBC Universal’s Bob Curry Comedy Fellowship in 2017.

The comedy night is led by Paul Farahvar, who hosts the weekly “Drink Date Laugh” show at Laugh Factory in Chicago. Farahvar has relationships with Vasquez, as a weekly guest on his WGN Late Night radio show.

Walter said the Whiskey Acres Distillery Co. is an estate distillery because everything the company distills is grown on the property.

“In a nutshell, we are one of the few distilleries that grows all of our own raw materials,” Walter said. “So we’re farmers first, we grow all of our own corn, wheat and rye and barely, and then we take some of that crop and distill it into an award-winning spirit.”

Along with winning awards from the American Craft Spirits Association, Walter said he’s proud to support economic growth in the DeKalb area.

“Sometimes the complaint about DeKalb is that there’s not much to do and so we’re proud of the fact that we’re the #1 tourist attraction in DeKalb County,” Walter said. “We’re trying to take advantage of that to create new opportunities to have fun things to do at DeKalb.”