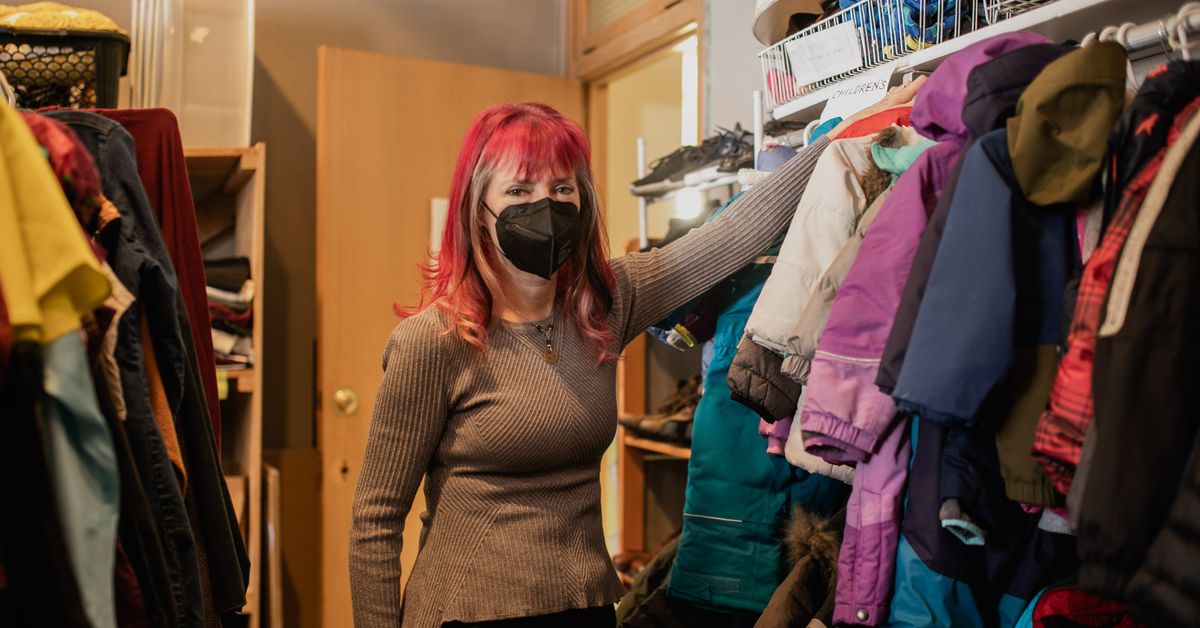 After three months of living in her new home in Chicago, Safia struggles to figure out how to navigate the US immigration system.

Safia, 30, fled her native Afghanistan in August after the Taliban seized political power. She thought her work to empower women in Afghanistan linked to the United States made her eligible for a special immigrant visa, but she later learned that she would likely have to seek asylum.

“Most people aren’t aware of this process,” said Safia, who asked that her full name not be used because her family remains in Afghanistan. “They just think, OK, the United States helped us come to America, that’s all, and they’re happy about that. They don’t know the next process you need to apply for your (immigration) case and you need to have a lawyer to defend you.

The uncertainty surrounding her immigration status is one of the reasons she and others say newly arrived Afghans need more legal and financial help when settling in Chicago. Another recently arrived Afghan said he struggled to figure out how to pay his rent after moving to Chicago from his original resettlement city.

As of Feb. 1, more than 1,890 Afghans have resettled in Illinois since last fall’s evacuations in Afghanistan, according to the Illinois Department of Social Services. Another wave of Afghans – around 400 – are expected to arrive in Illinois this month. In total, there could be as many as 3,000 Afghans who would end up inhabiting Illinois.

The number of refugees arriving is in stark contrast to the number of people the United States has taken in under former President Donald Trump’s administration. From October 2018 to September 2019, Illinois resettled 1,005 refugees, including 18 from Afghanistan, according to State Department data.

In the Chicago area, the government is partnering with at least two community organizations — the Muslim Women Resource Center and Arab American Family Services — to resettle 200 Afghans in February to relieve traditional resettlement agencies. These agencies are also responsible for resettling 1,704 incoming refugees from other parts of the world, according to the Illinois Department of Social Services.

Afghans who have worked with the US government and arrived on special immigrant visas can apply for permanent residency, said Lia Kim-Yi, director of the immigration law practice at the North Suburban Legal Aid Clinic.

Those who arrived in the United States on humanitarian parole can legally live in the United States for a year, she said. The Legal Aid Clinic works with the Muslim Women’s Resource Center to assess whether Afghan women who arrive under this status are eligible for a special immigrant visa, asylum or other assistance to stay longer in the country, Kim-Yi said.

In West Ridge, RefugeeOne has gone from relocating almost no one each month to hundreds in a month, said communications and advocacy manager Jims Porter. Since late September, the resettlement agency has received more than 400 Afghans, Porter said. In fiscal year 2018, the agency resettled 175 refugees, according to an earlier annual report.

RefugeeOne has added more than 20 workers to try to keep up, Porter said.

“The resettlement infrastructure has been really torn apart under the Trump administration,” Porter said. “And so, we need time to rebuild that infrastructure and make sure we’re back to staffing capacity, and that we have the right interpreters, translators and cultural advisors.”

“We try to fill in the gaps where resettlement agencies are unable to provide,” Warshaw said. “We’ve always done that, but now there are so many more people and those gaps are so much wider.”

The group tried to help Ishaq, who fled Afghanistan with his wife and two young children. His family moved to Chicago to be closer to a friend after the government initially resettled him to Pennsylvania, where he didn’t know anyone.

When he arrived in Chicago, his social worker in Pennsylvania stopped answering his calls, he said through a translator. Another person he had met in Pennsylvania finally helped him get his work permit after many appeals. Now he struggles to manage everything else, including getting medical attention for his young children.

The apartment the family lives in was obtained through his friend, who paid part of the rent as a loan, Ishaq said. He is now worried about how to repay his friend while meeting family expenses.

Cheryl Dahle, a volunteer who helped Ishaq, said she and other volunteers tried to raise money to help the family.

“There are very rigid rules about how this resettlement process is supposed to work,” Dahle said. “And when those rules are violated by accident or for good reason or whatever the circumstance, the consequences are quite disastrous.”

Some of the Afghans arriving as early as Monday will temporarily live in a hotel until apartments are secured, said Sima Quraishi, executive director of the Muslim Women’s Resource Center in the West Ridge community area. She said the organization will have three months to help adults find jobs so they can pay their rent on their own.

This month, Safia had to pay her $895 rent as well as her utility bills. In Afghanistan, she worked in a managerial position, and here she was able to get an entry-level position that pays $17 an hour. She is looking to expand her income to support herself and her family in Afghanistan.

She has heard from her family and friends that the economic situation in her home country has deteriorated.

“I don’t see any hope of a return,” Safia said. “I want to build myself a future here and I want to bring my family here one day, which is a bit impossible for me. But I hope one day it will happen. »

Elvia Malagón’s reporting on social justice and income inequality is made possible by a grant from the Chicago Community Trust.