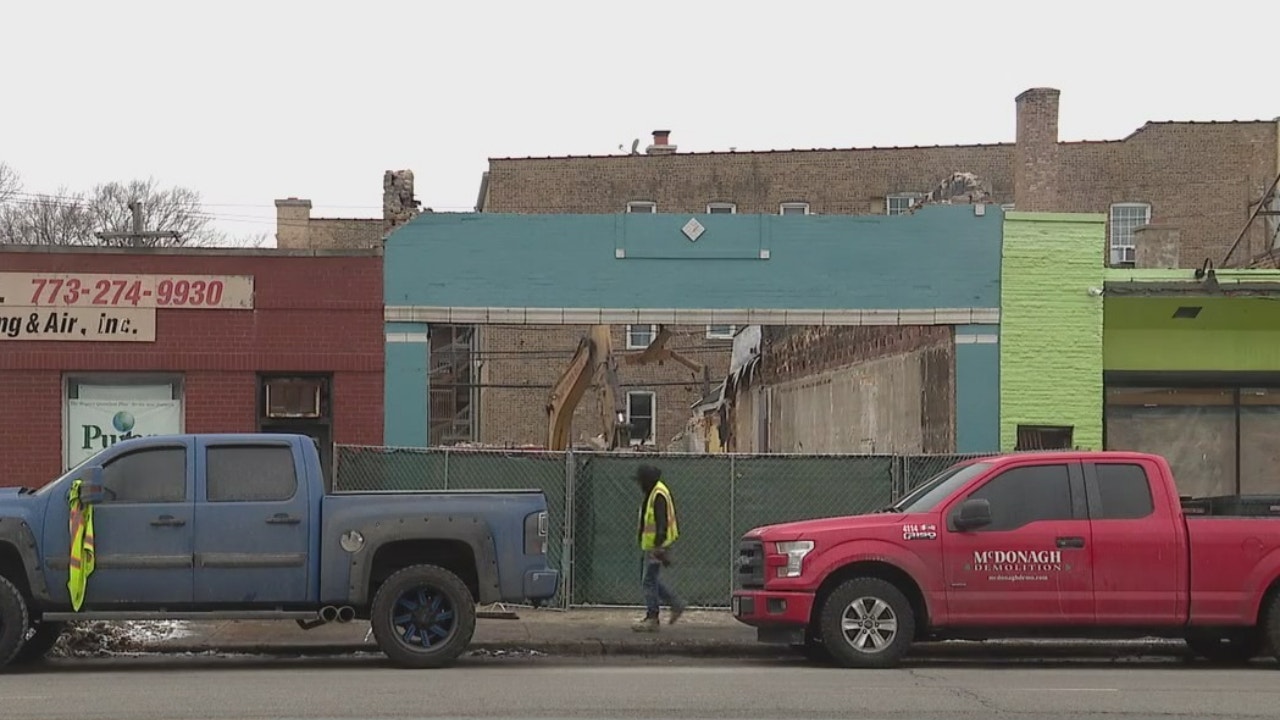 A Chicago building raided by the federal government contained a meth lab inside, lined with a gambling den

We learn more about the Chicago building raided by federal agents and Chicago police last month.

A city inspector’s report says a meth lab was discovered inside the building at 6948 North Western Avenue in the West Ridge neighborhood.

The structure has since been demolished.

The inspector’s report also revealed that the site was also used as a gambling den.

Alderman Debra Silverstein (50th Ward) said authorities have been receiving complaints from residents about the company for “several months now.”

On February 8, the Alderman said that after “months of investigation into community concerns and criminal activity…police have just issued a search warrant…this was a coordinated effort with several law enforcement partners, both federal and local.”

Chicago police and federal agents executed a search warrant Tuesday night at an unmarked business in the West Ridge neighborhood.

FOX 32 cameras at the scene could see pool tables inside, with collected evidence placed above the pool tables, as officers and officers entered and exited the building. Nearby business owners had described the place as a kind of social club.

FOX 32 spoke to two business owners across the street who said they saw activity in and out of the storefront 24 hours a day, with people coming and going at all hours of day and night from the front and rear entrances.